With the lovely sunny weather almost guaranteed this time of year in Portugal it would’ve been silly for us not to fully appreciate it and have a beach day. Like I said in my last post, although the sea is right by Lisbon’s city centre there isn’t much of a beach so we decided it was time to go a bit further out.

Having done the Metro from the airport to our apartment and realising just how easy and cheap their public transport was we had no issues sorting out a route. We were recommended a beach called Carcavelos so got the train from Cais do Sodre which cost under 3€ return. Overall the journey took about 30 minutes and from there the walk was about 10 but it’s very straight forward and easy to find. 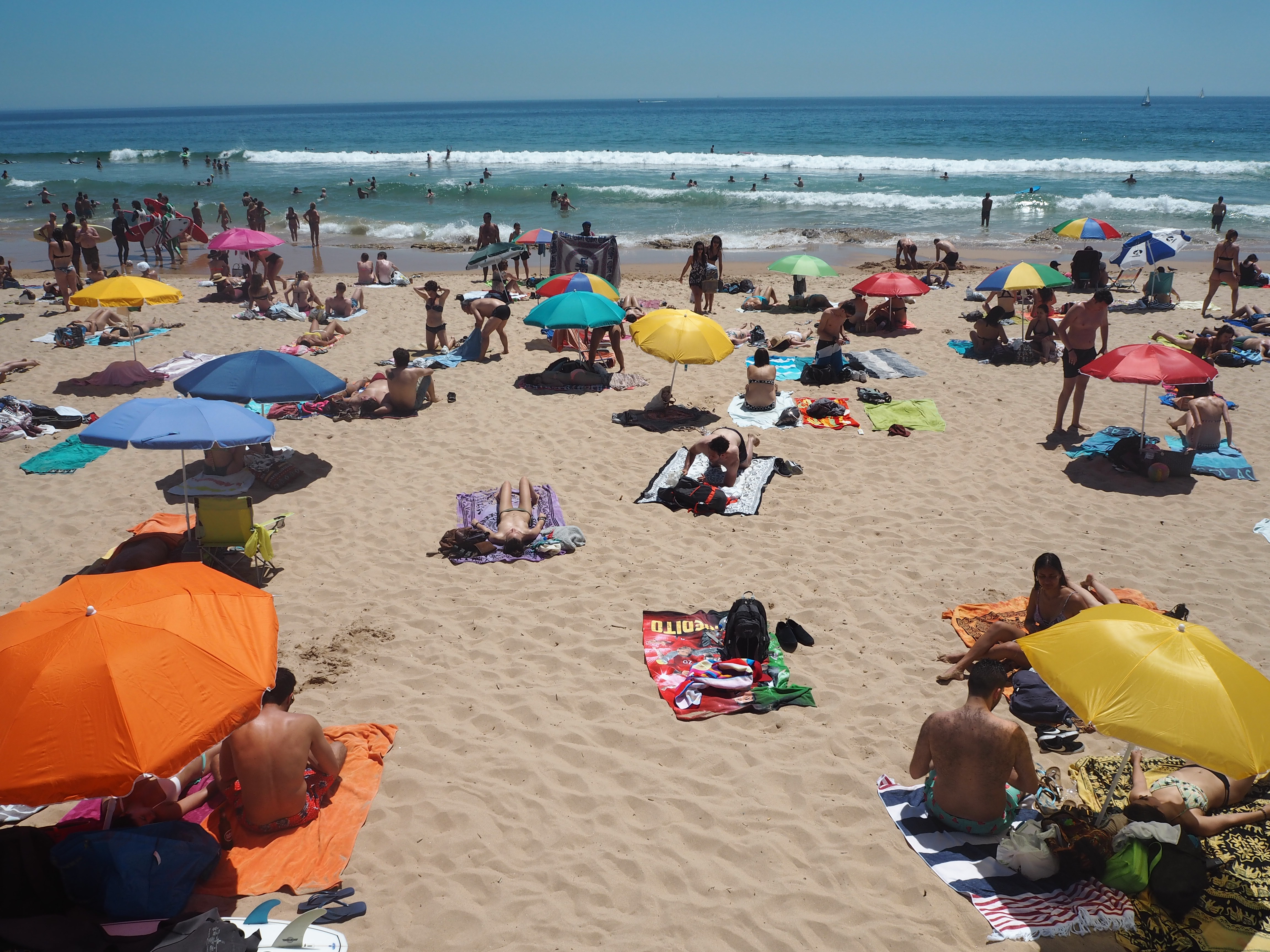 The beach was fairly busy but very nice and had cafes nearby. We only stayed for a couple of hours because it did get very hot but had lunch inside one of the cafes. Once we were beached out we got the train back then got a tuk tuk to our apartment. We narrowly missed being completely wiped out by tram 28 which filled me with great confidence of this tuk tuk driver which was only made worse when he said “I’m not supposed to do this” and continued to do so turning swiftly into a side road. But nevertheless it was a unique experience and we got back where we needed to be so all is well, to be fair it was actually quite fun. He recommended going to the area of Barrio Alto for night life which I think we may have walked through that evening coincidentally but just a tip if that’s what you’re after! 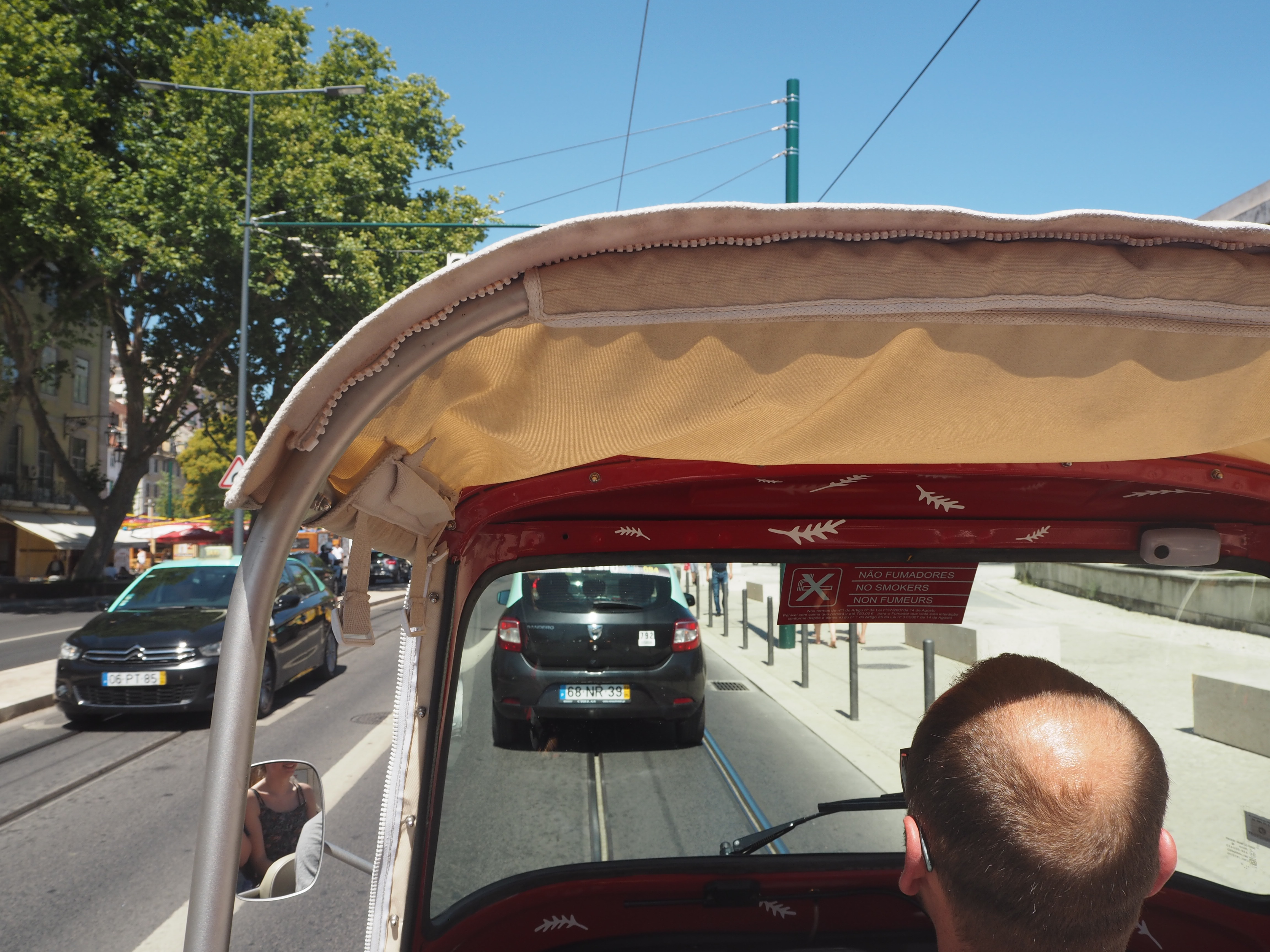 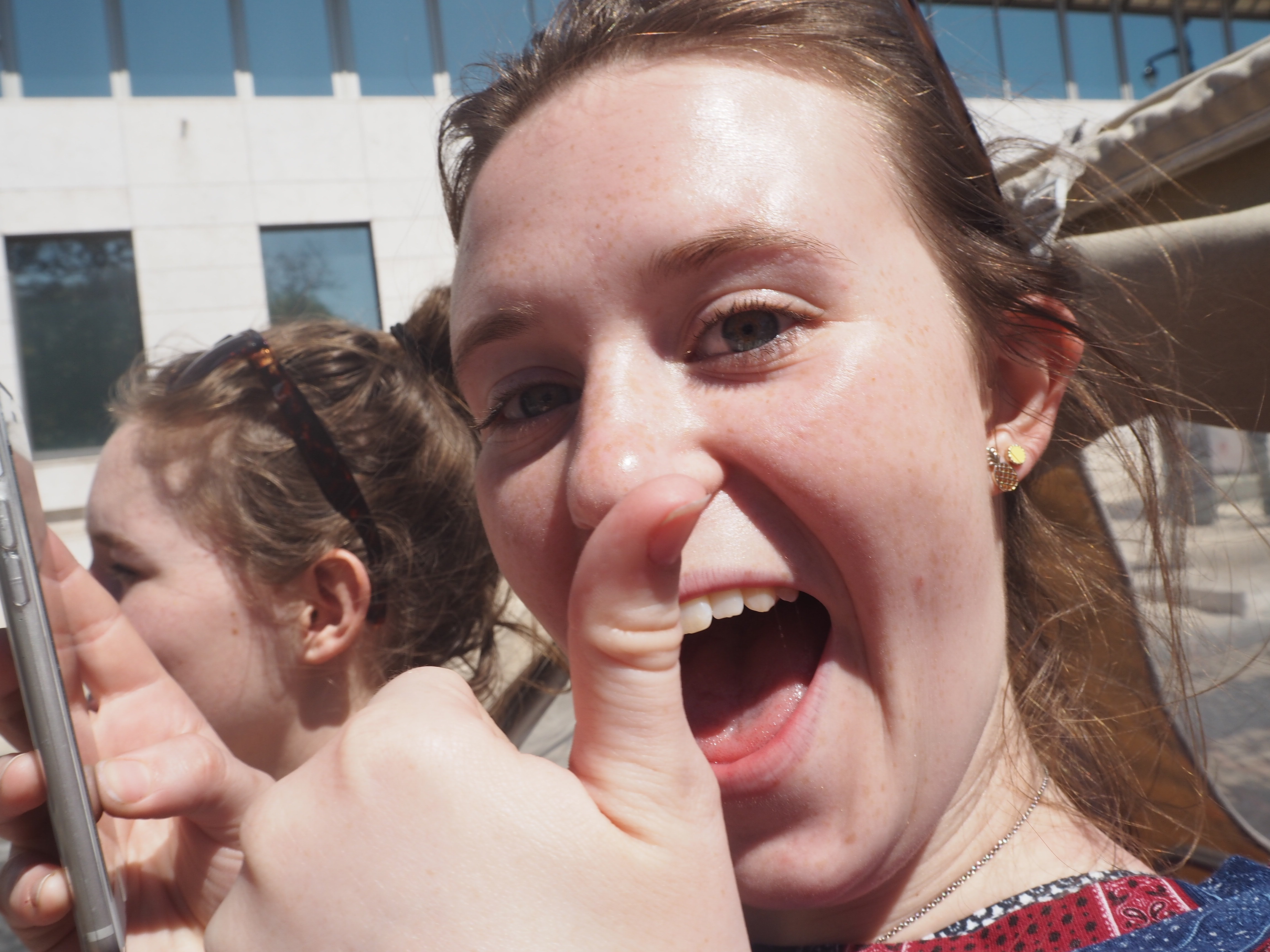 In the evening we thought it would be nice to get dressed up and have a meal out. Of all the places we could have gone, we went to an Italian restaurant (adventurous I know) but Boon was desperate for a carbonara. The restaurant (I can’t remember the full name of it but ‘Bella’ was in there somewhere and it was near the big arch) was average but fairly cheap so not too bad. The atmosphere was nice though as we had a table outside. 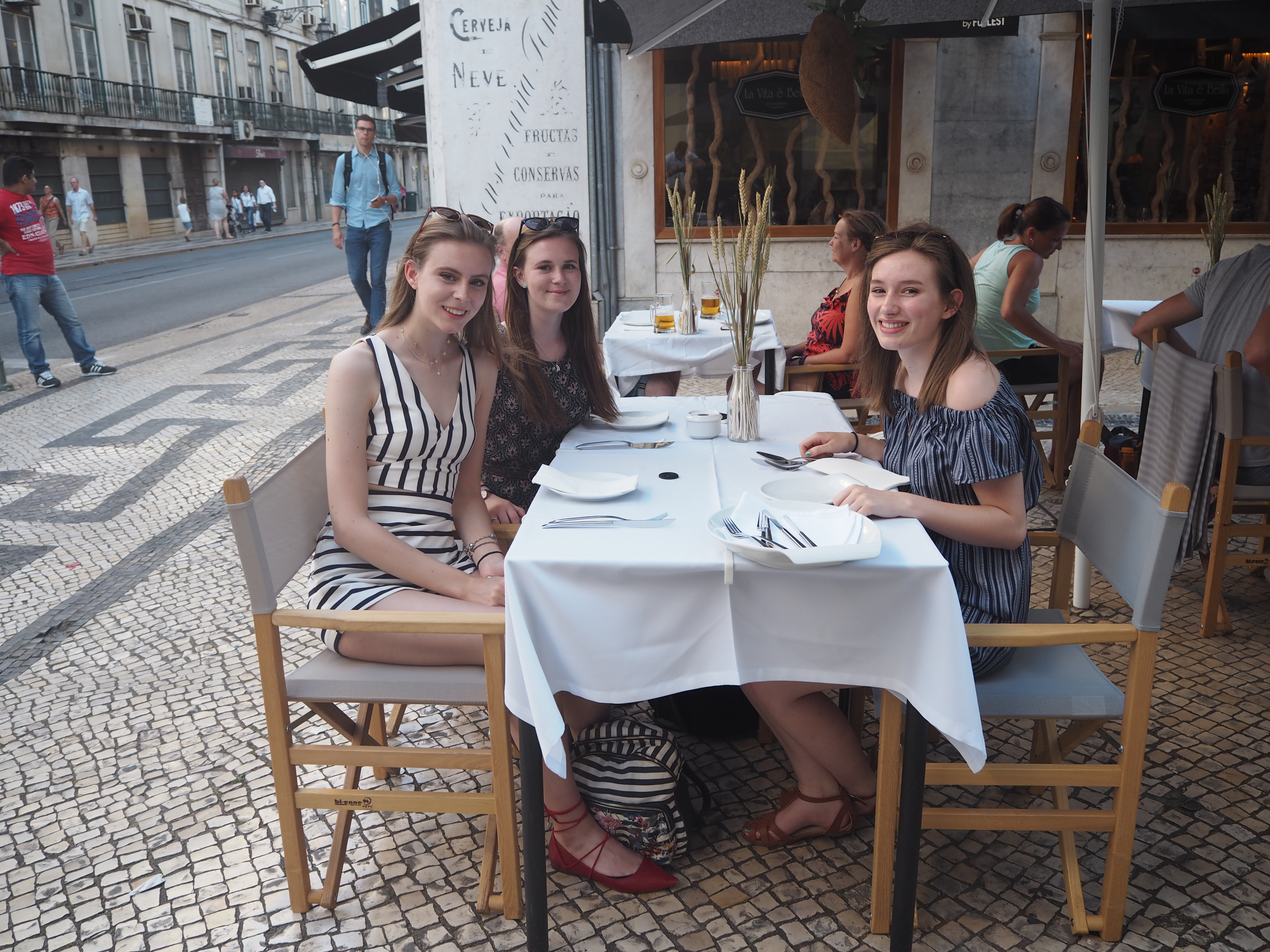 After, we went to the Lost In rooftop bar which was amazing. We were served by the nicest girl and had the best spot right in front of the balcony, I would definitely recommend although it was quite a walk from where we were staying. 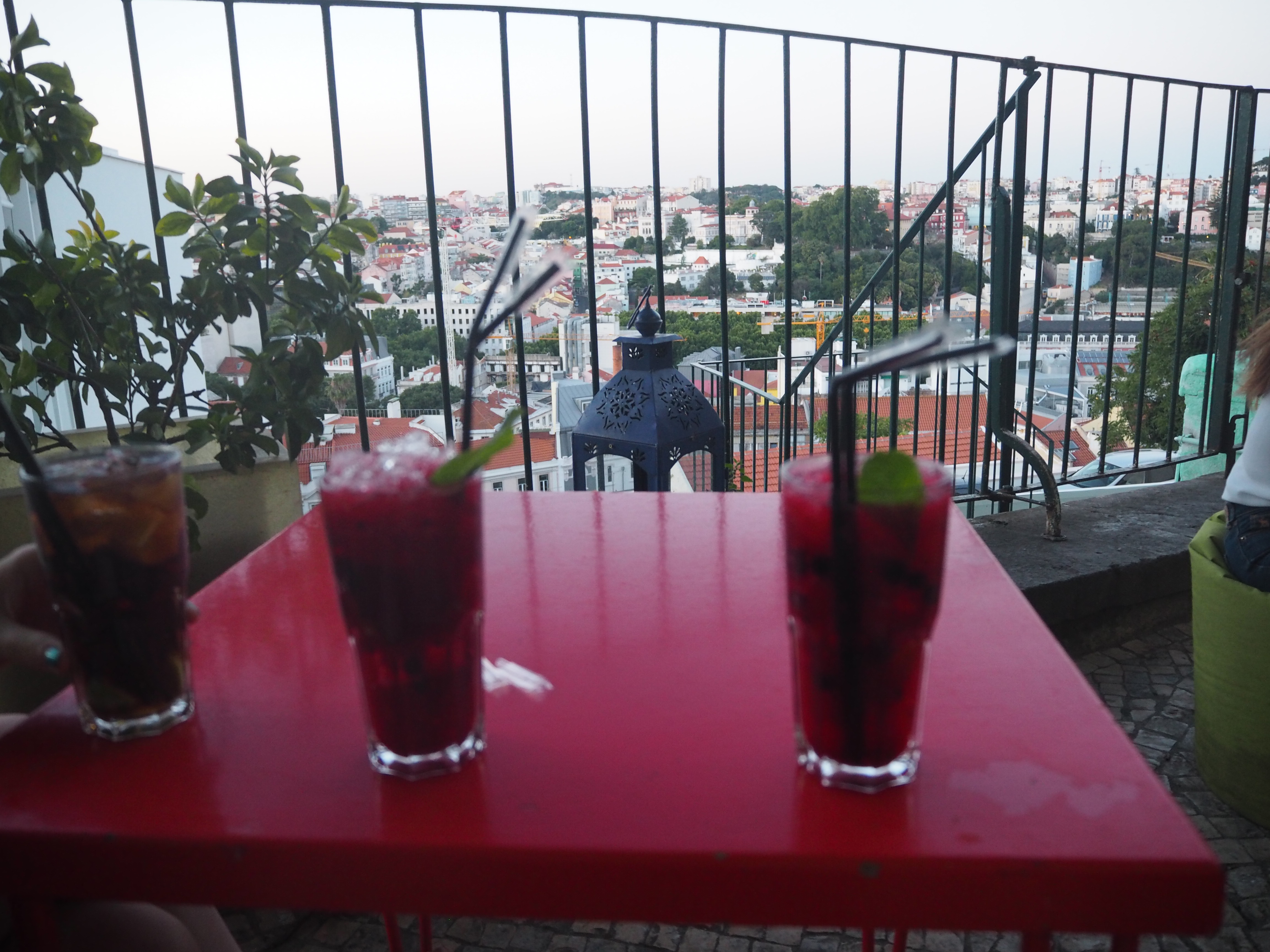 Would it surprise you if I said we finished by getting a pastel de nata? Because that was exactly what we did and it was glorious! 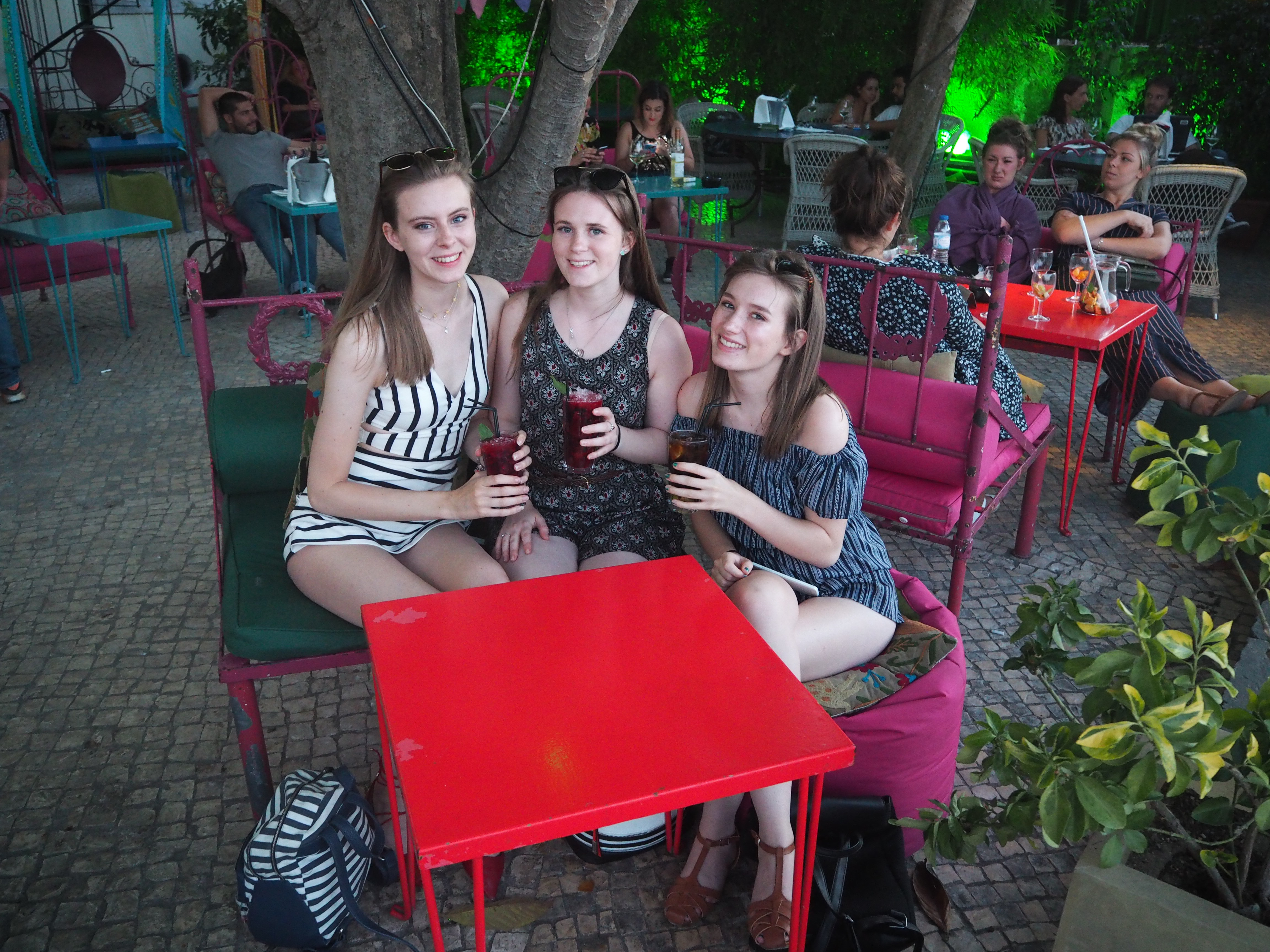 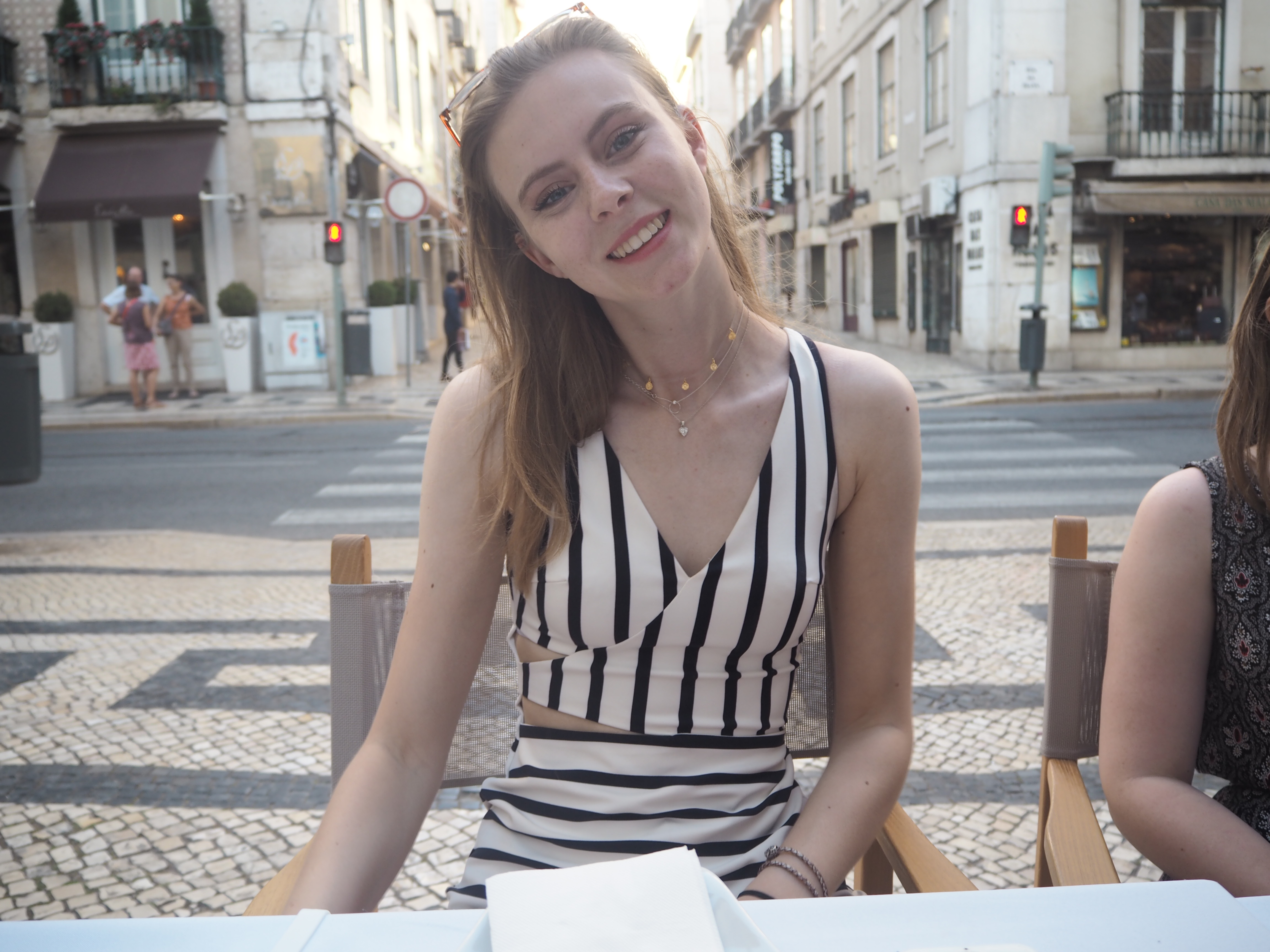 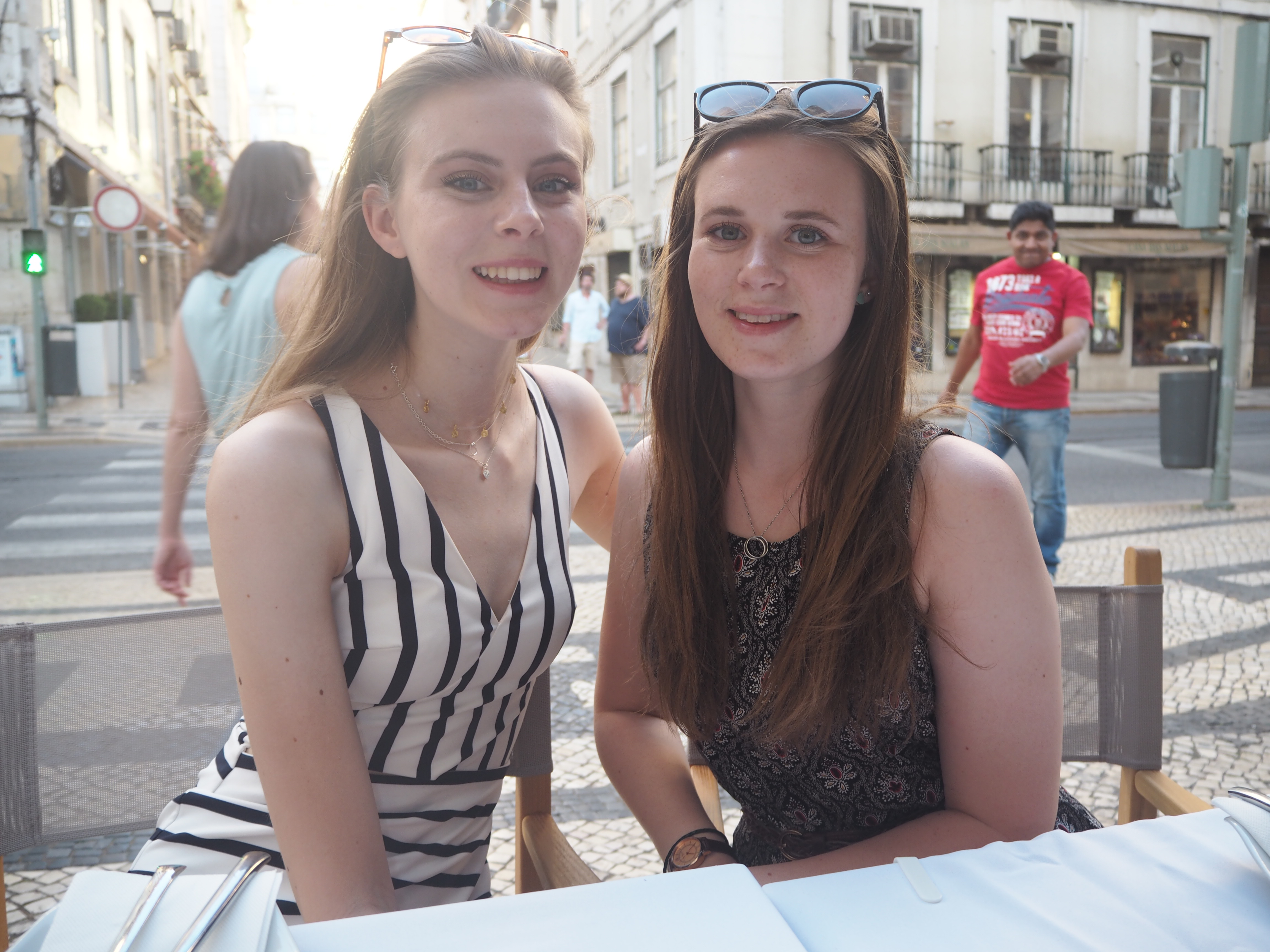 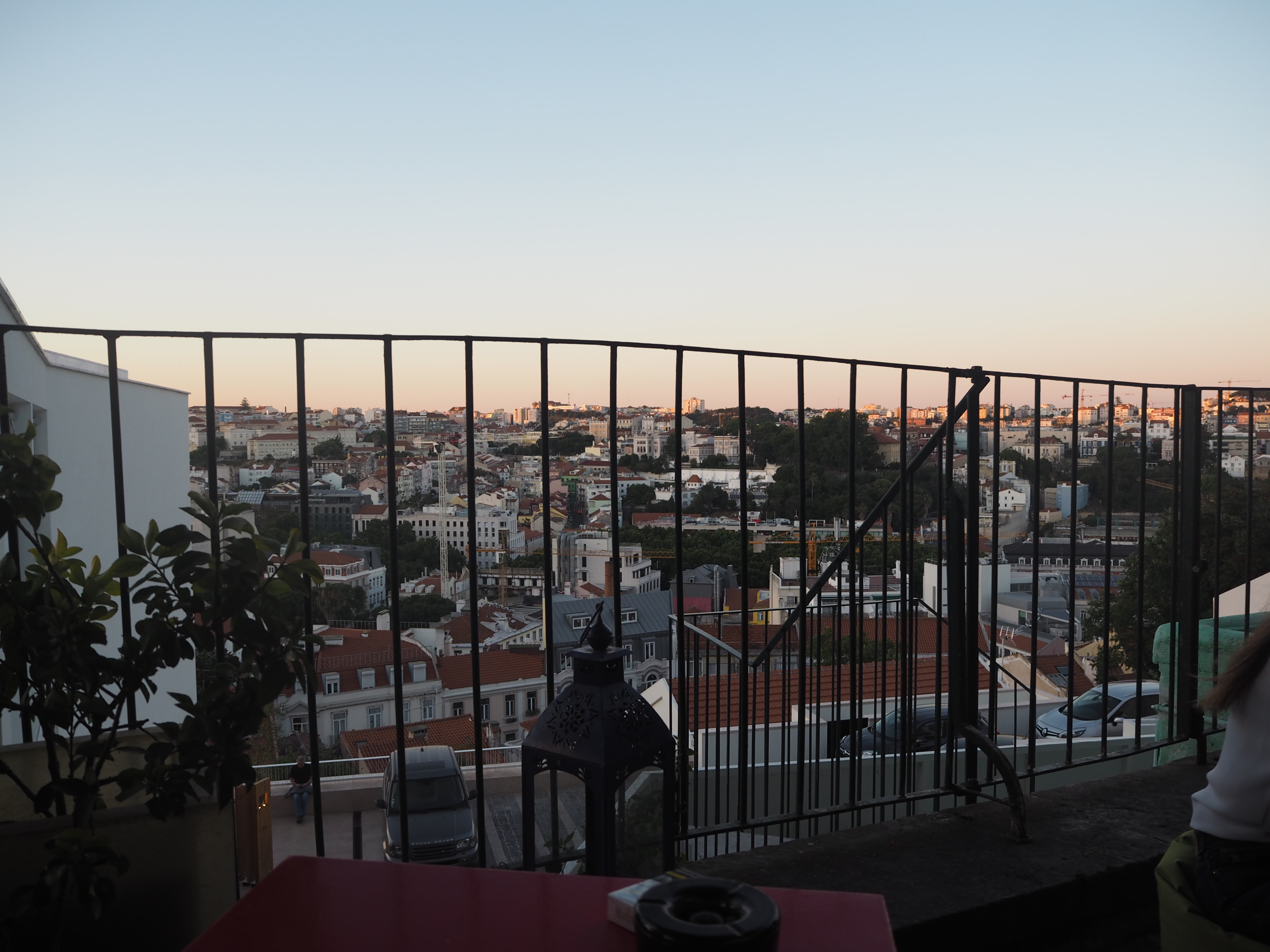 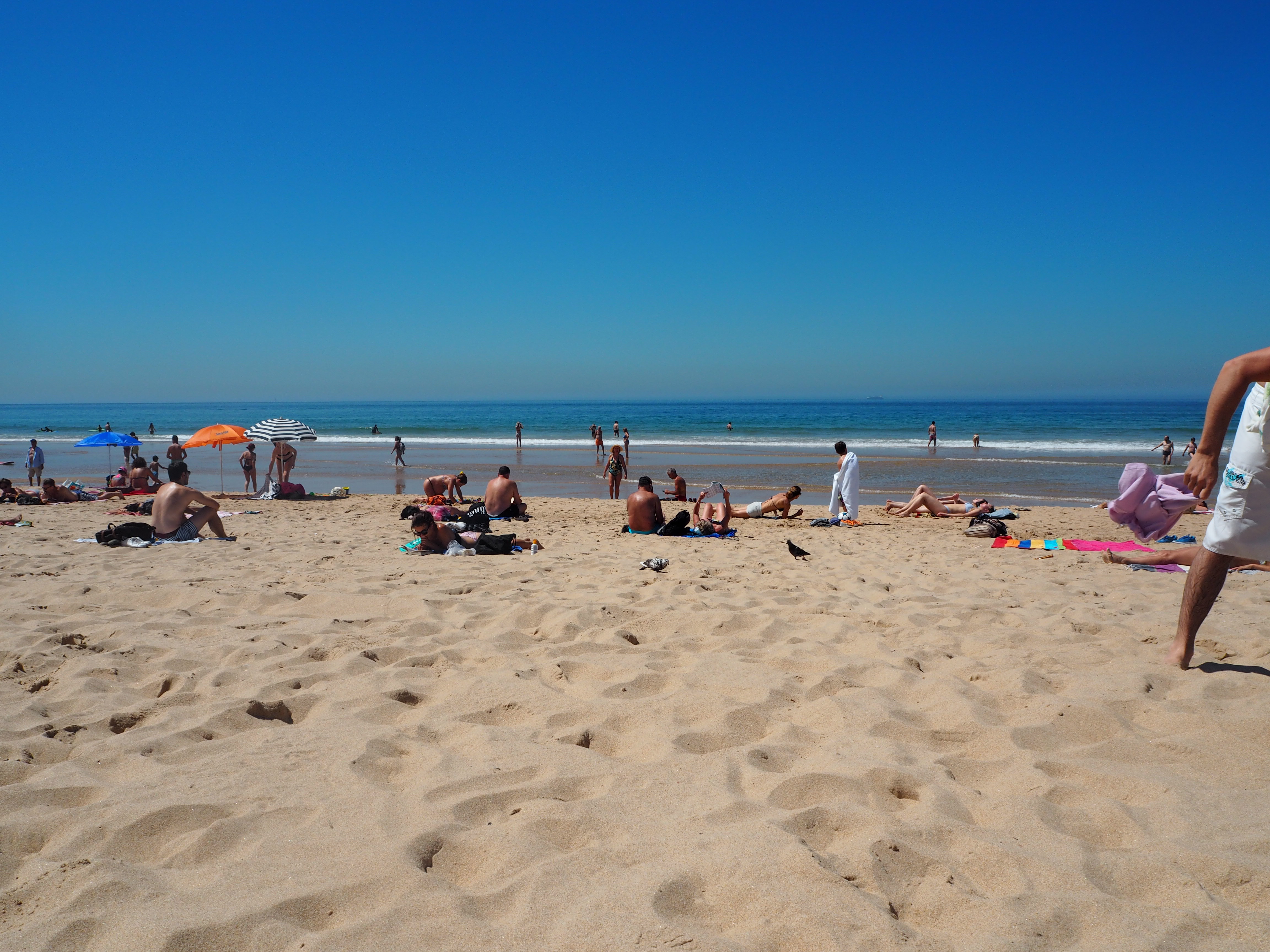 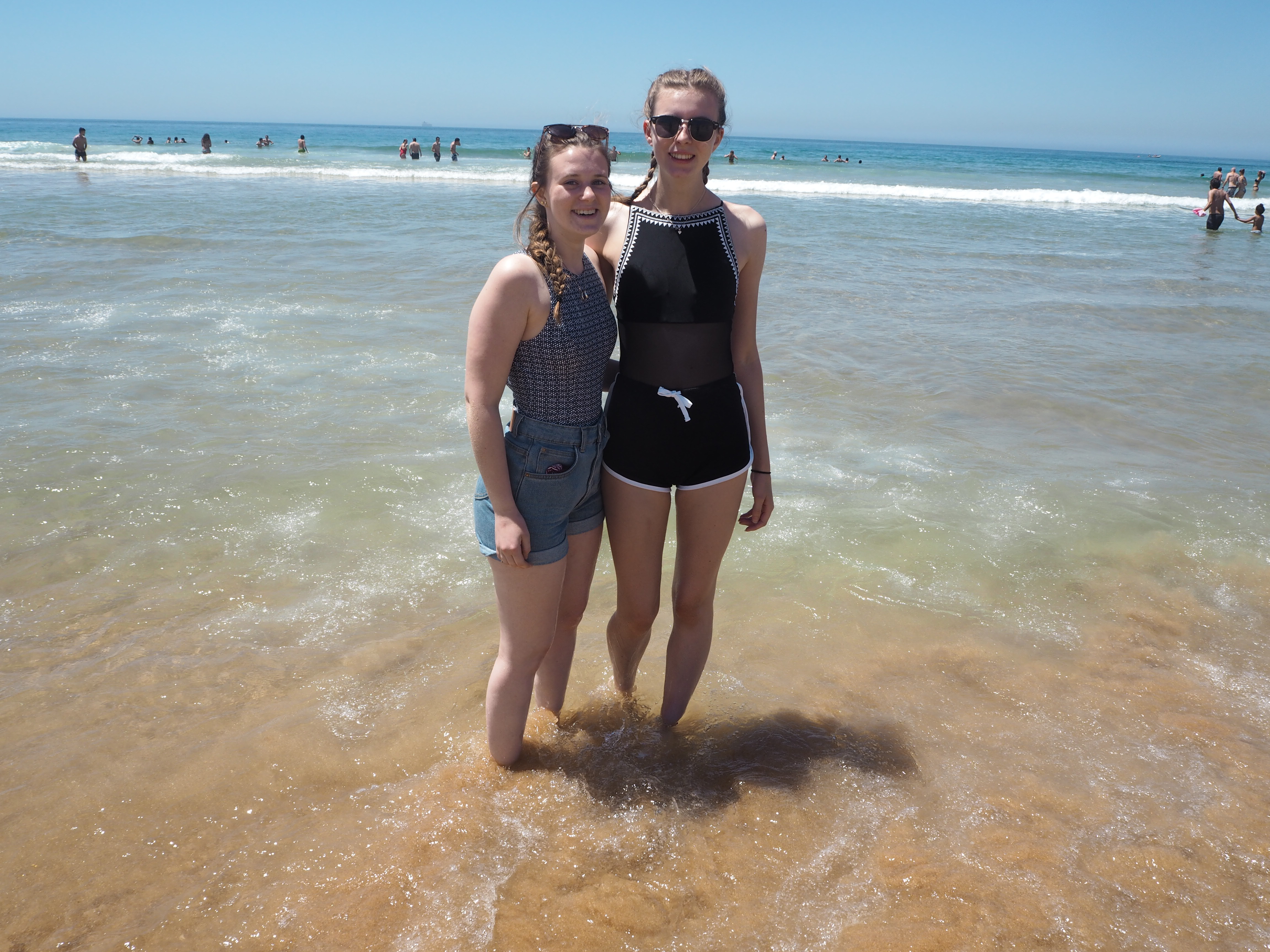 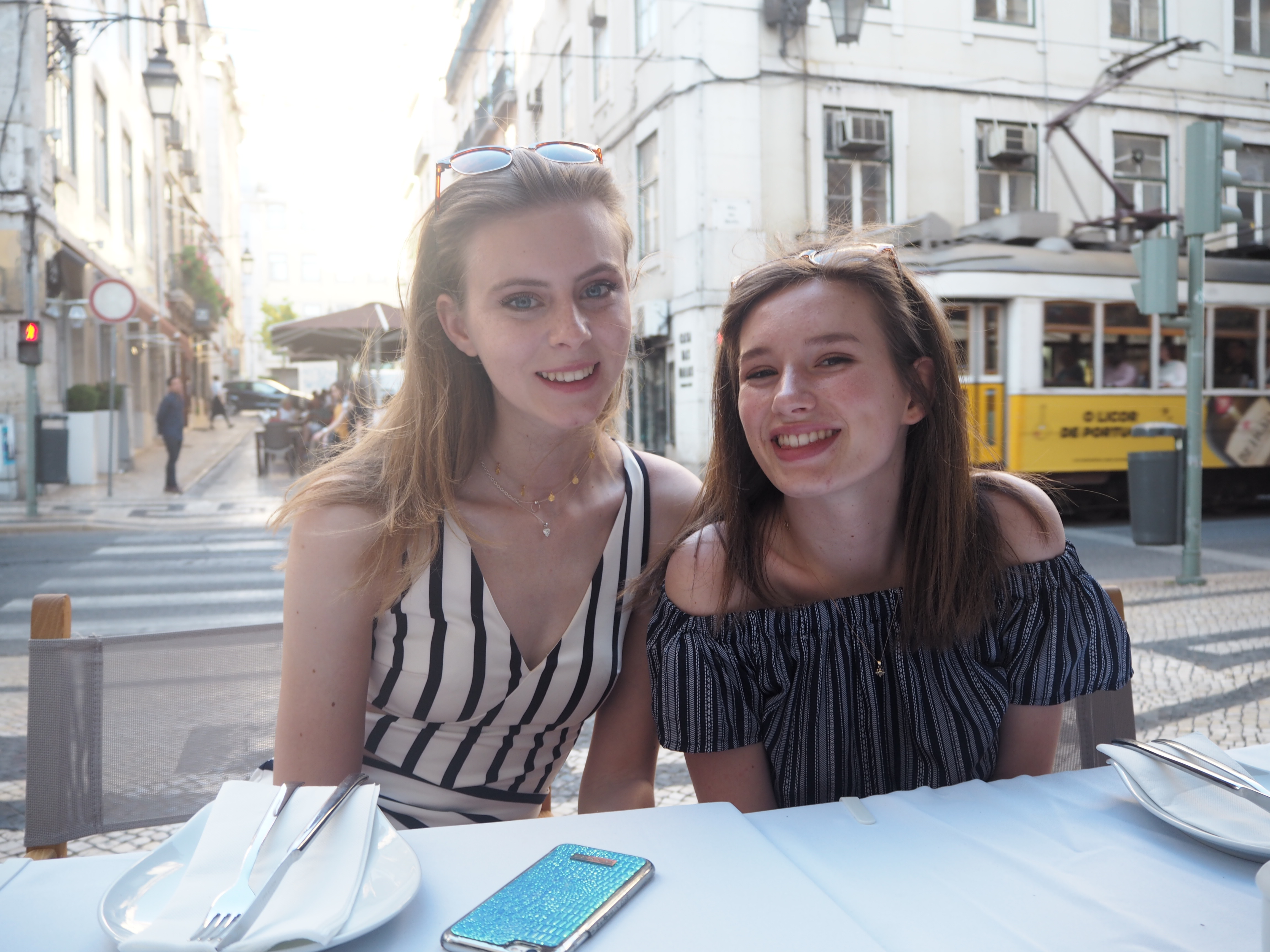 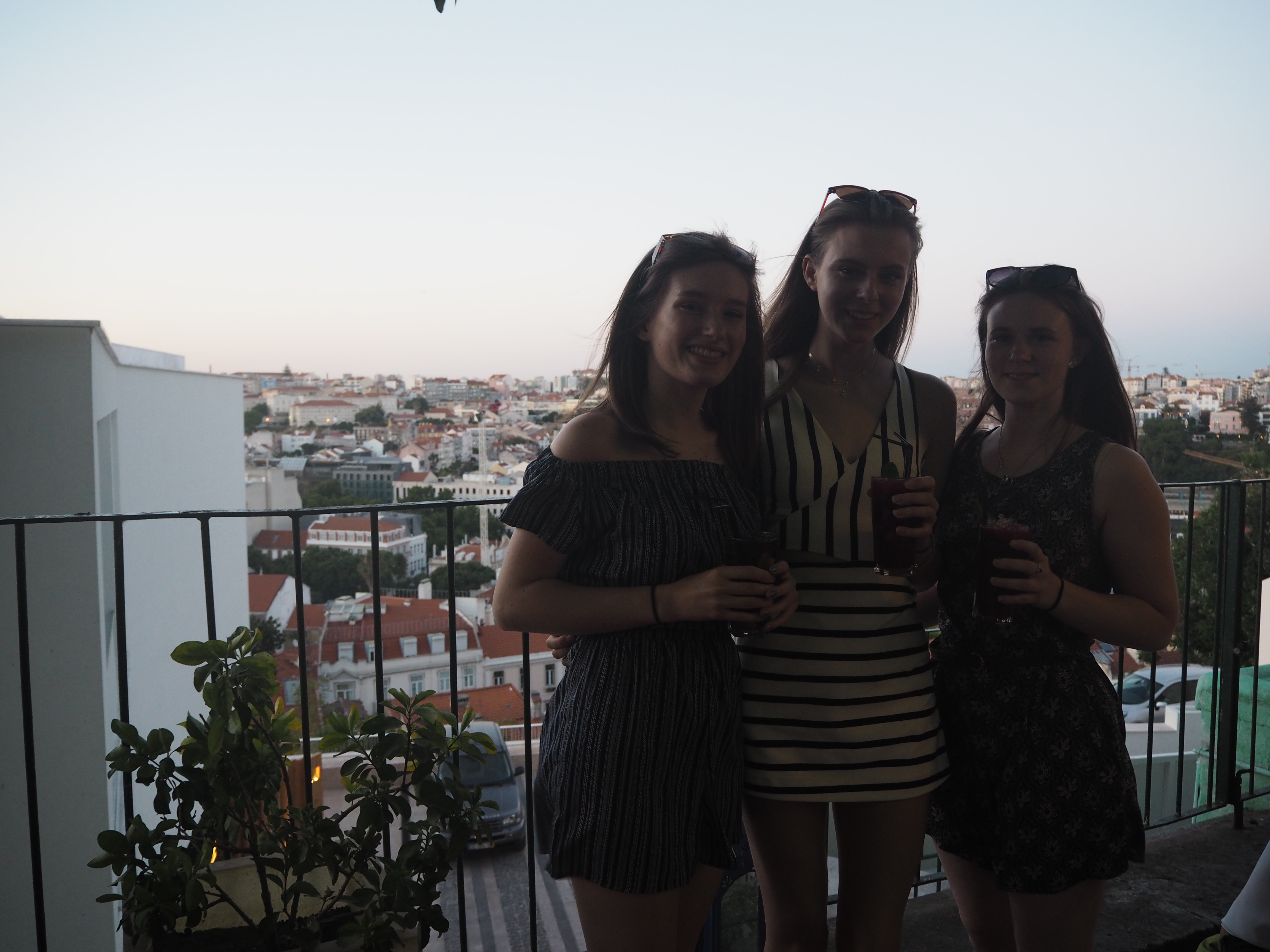