Last week James and I decided to go on a day trip to London. I absolutely adore London but it can get very expensive so I thought I’d write a post on some cheap fun ideas because we had a great day and even got tickets to see Matilda for £5!!! 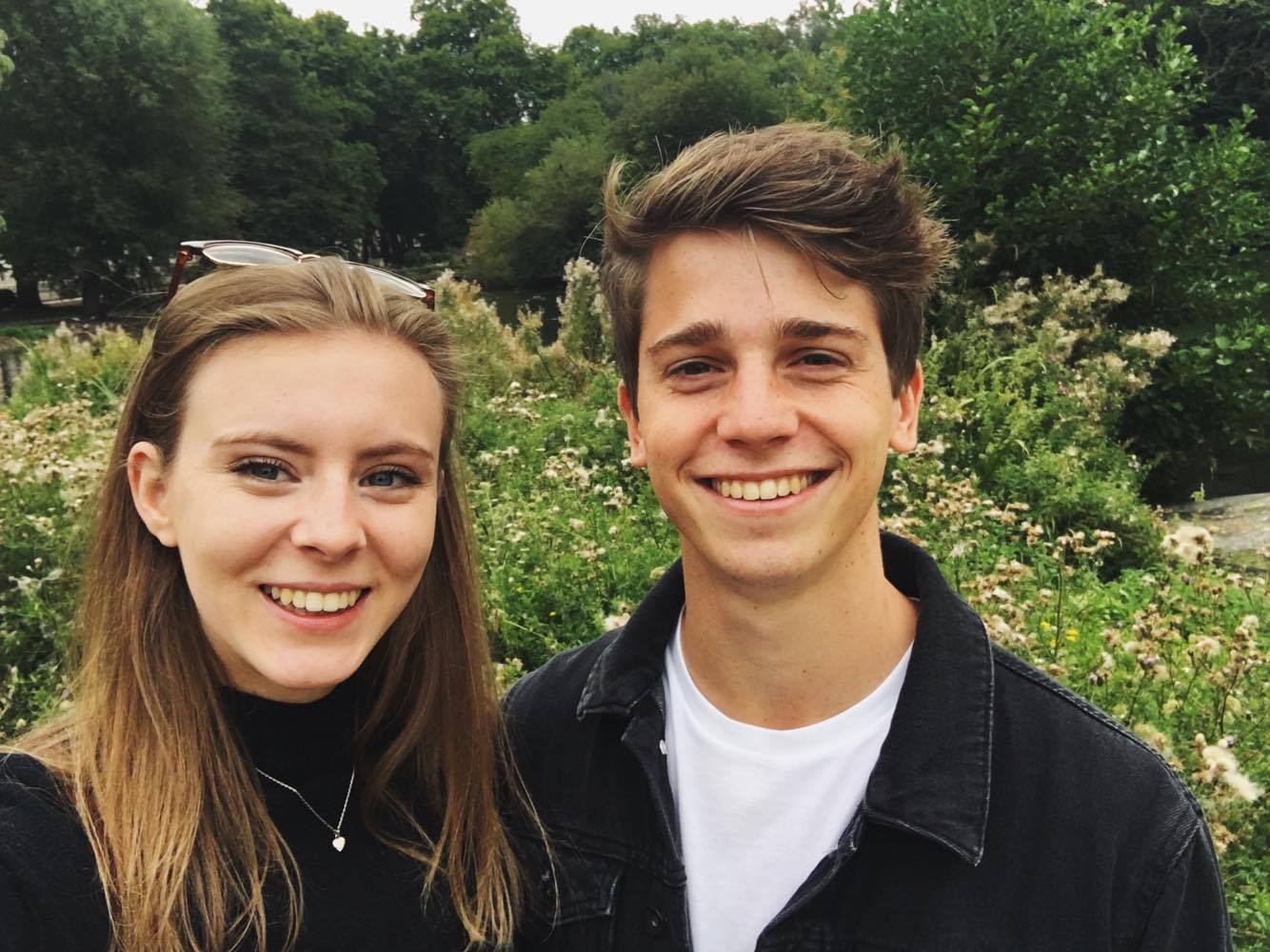 We chose to get the slower train as its cheaper and goes to Charing Cross which is so central. The great thing about London is, it’s all fairly close together so we actually managed to avoid using the tubes which is one way of lowering how much you spend.

I was told by a friend that you can get special 16-25 year old tickets to see Matilda for just £5. I did some research which said you have to go to the box office of the Cambridge Theatre from 10am on the day. Conveniently, the theatre is right by Convent Garden which was perfect as we spent most the day around that area. We arrived about 12 so I wasn’t expecting any luck, but they did have 2 separate seats directly behind each other. We spent a good 5 minutes deciding whether to buy them or not considering we’d be sat alone like losers but thought we’d just go for it considering the price.

After we got the tickets, we went to the M&S food-hall and got a £3.50 meal deal which is so reasonable for M&S! We found some seating around the main entertaining square in Covent Gardens and ate there which was really lovely.

We wandered for the next few hours and stumbled across Neal’s Yard. A place I’d seen on Pinterest. It’s quite small, but very cool with lovely places to eat. It’s also v photogenic for anyone wanting a nice insta pic. 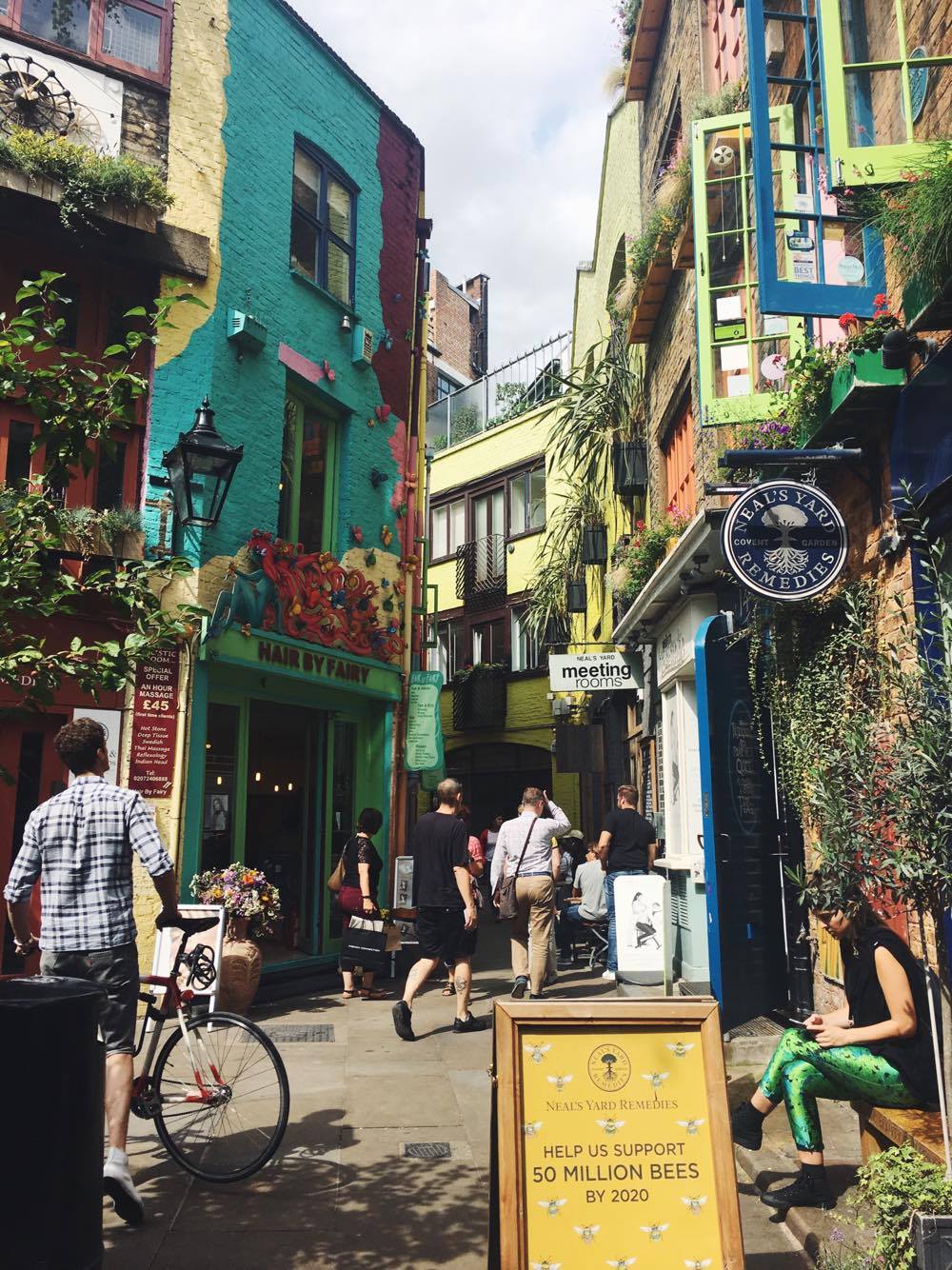 We then ended up at Leicester Square where I was dragged into the lego shop and we got this really lovely photo. (LOL) 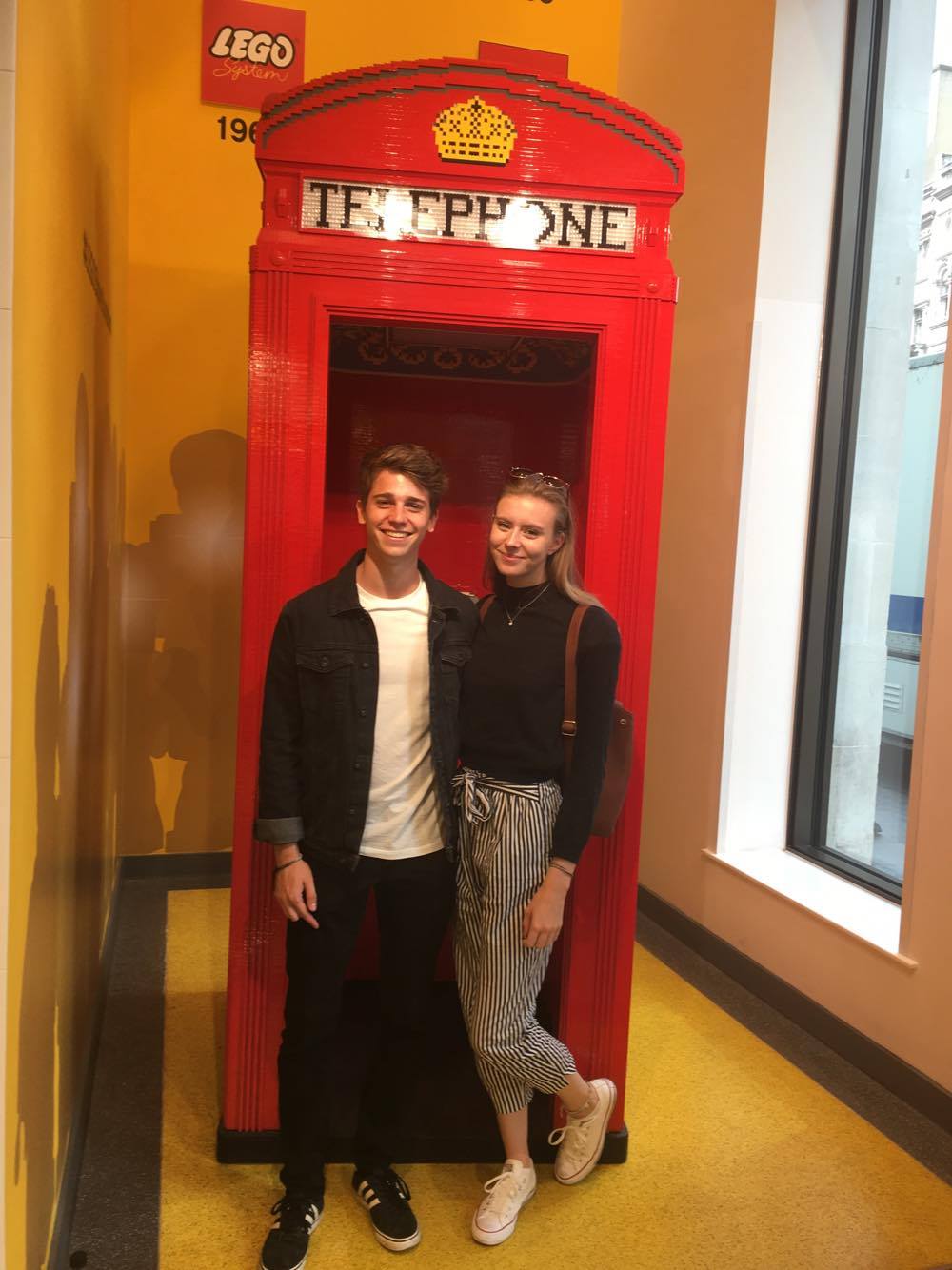 I really wanted to walk along Southbank as it’s one of my fave areas of London so we headed in that direction. Along the way we passed Downing Street, St James Park and Trafalgar Square. Southbank has such a buzzy atmosphere and seeing the London Eye and Big Ben (despite it’s building work) was lovely. 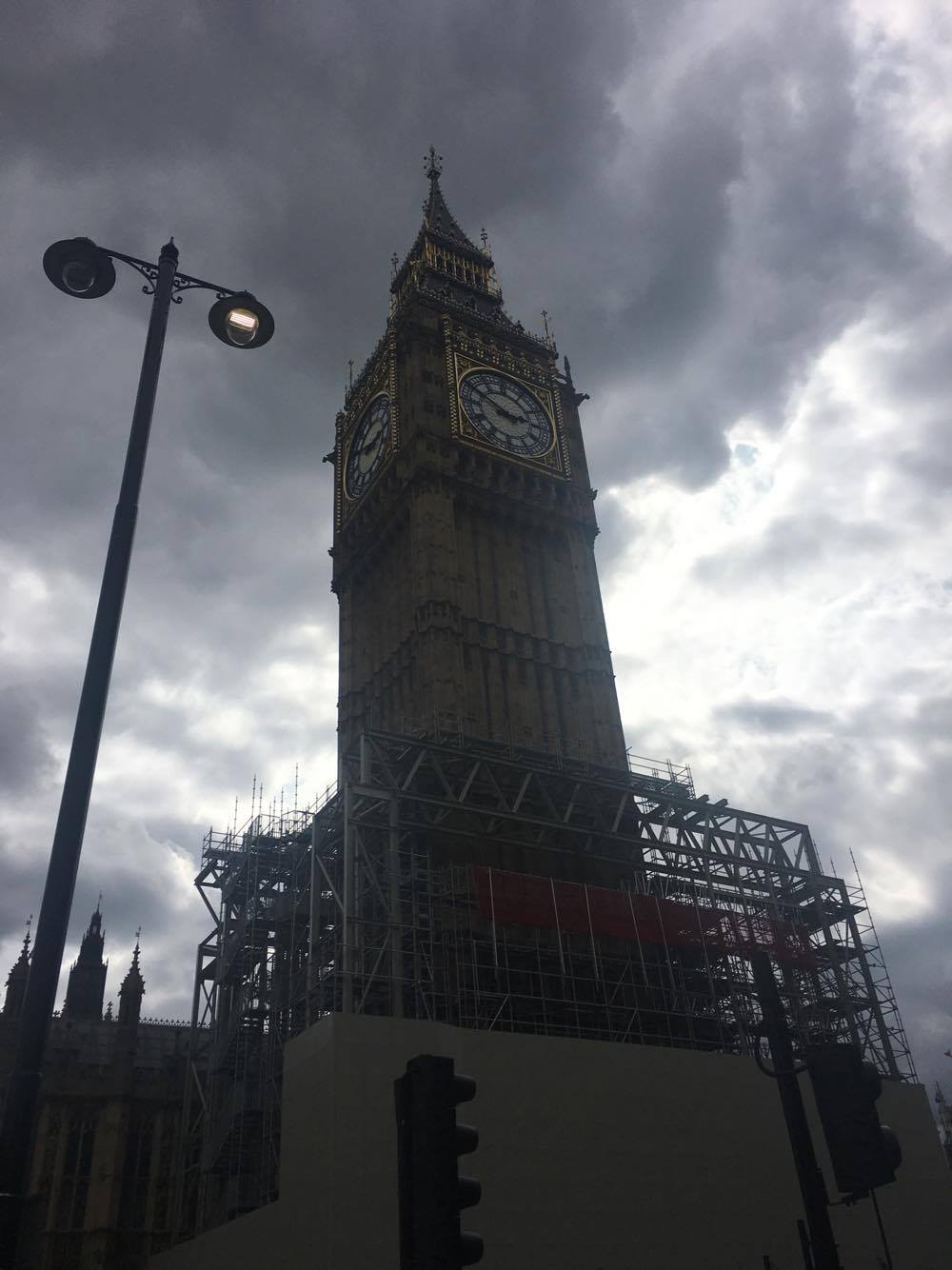 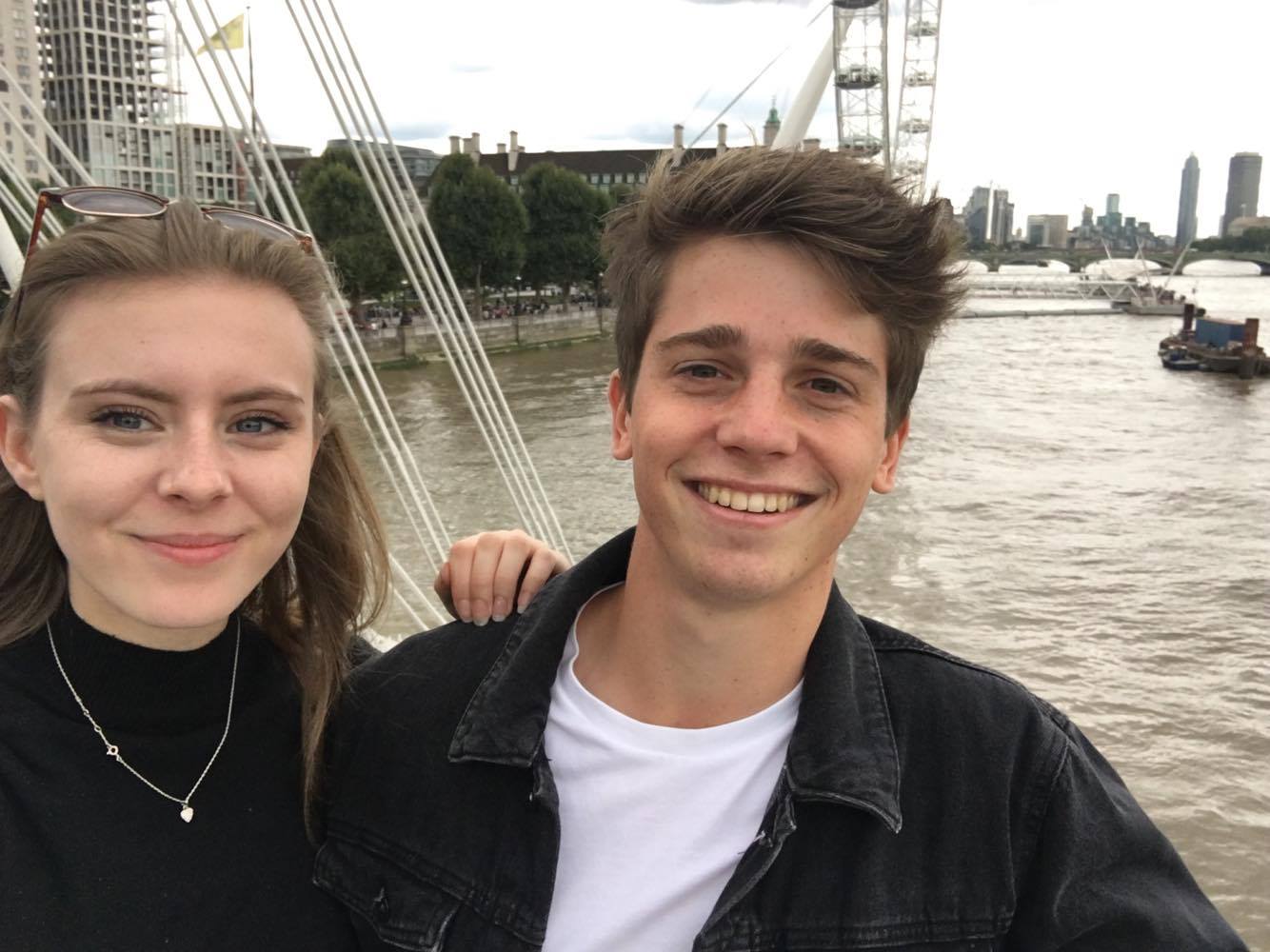 As Lil and Callum were in London we had a catch up at a pub in Covent Garden and then went to the National Portrait Gallery which is free! I’m not a particularly arty person but really enjoyed having a look at all the work. 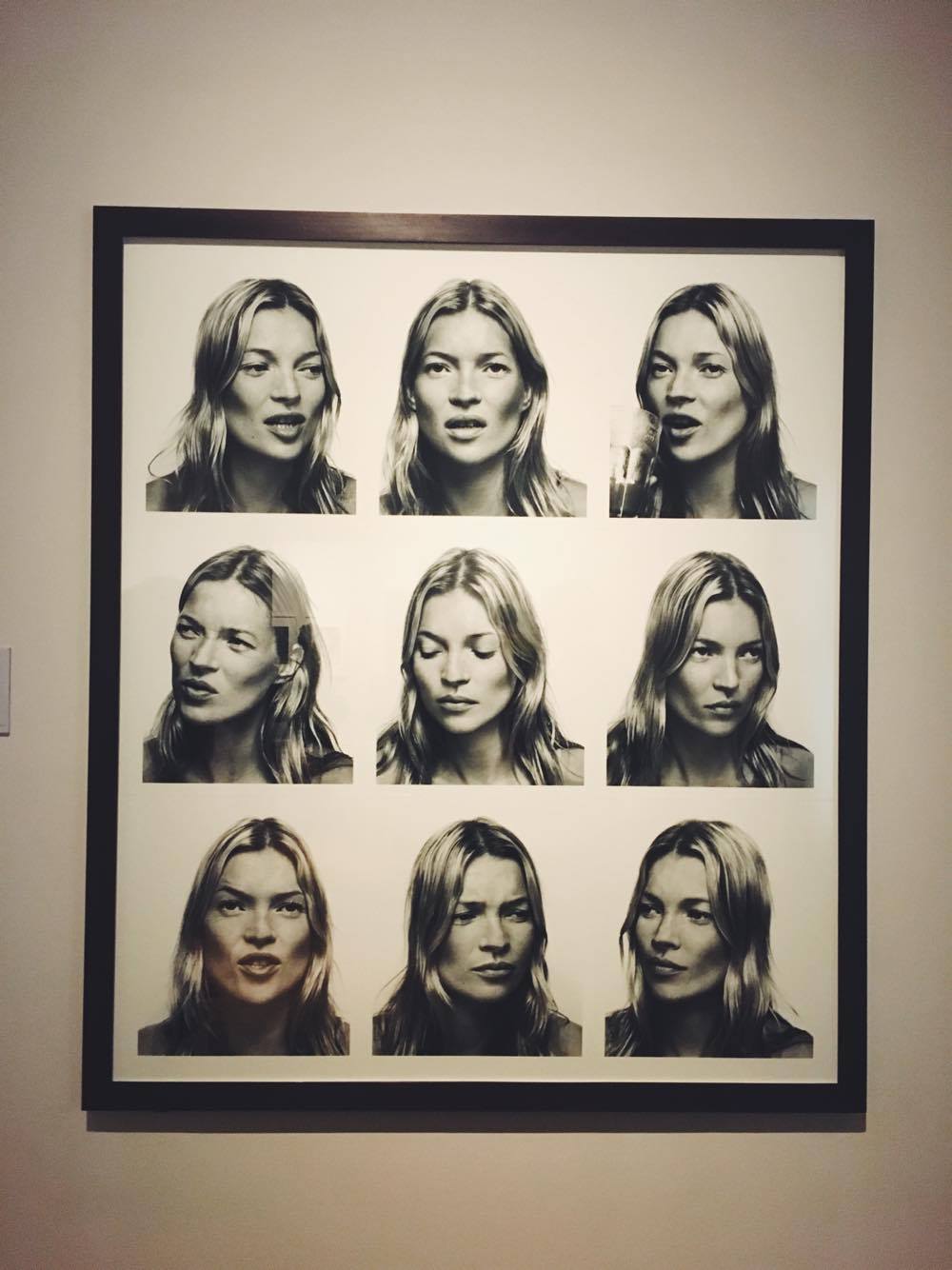 James and I then went for a cheeky Prezzo and after, treated ourselves with dessert by going to a place called Milk Train, near Covent Garden. They make the most amazing ice creams with candy floss around them. We shared one as it was about £5 but I’m glad we did because it was huge! 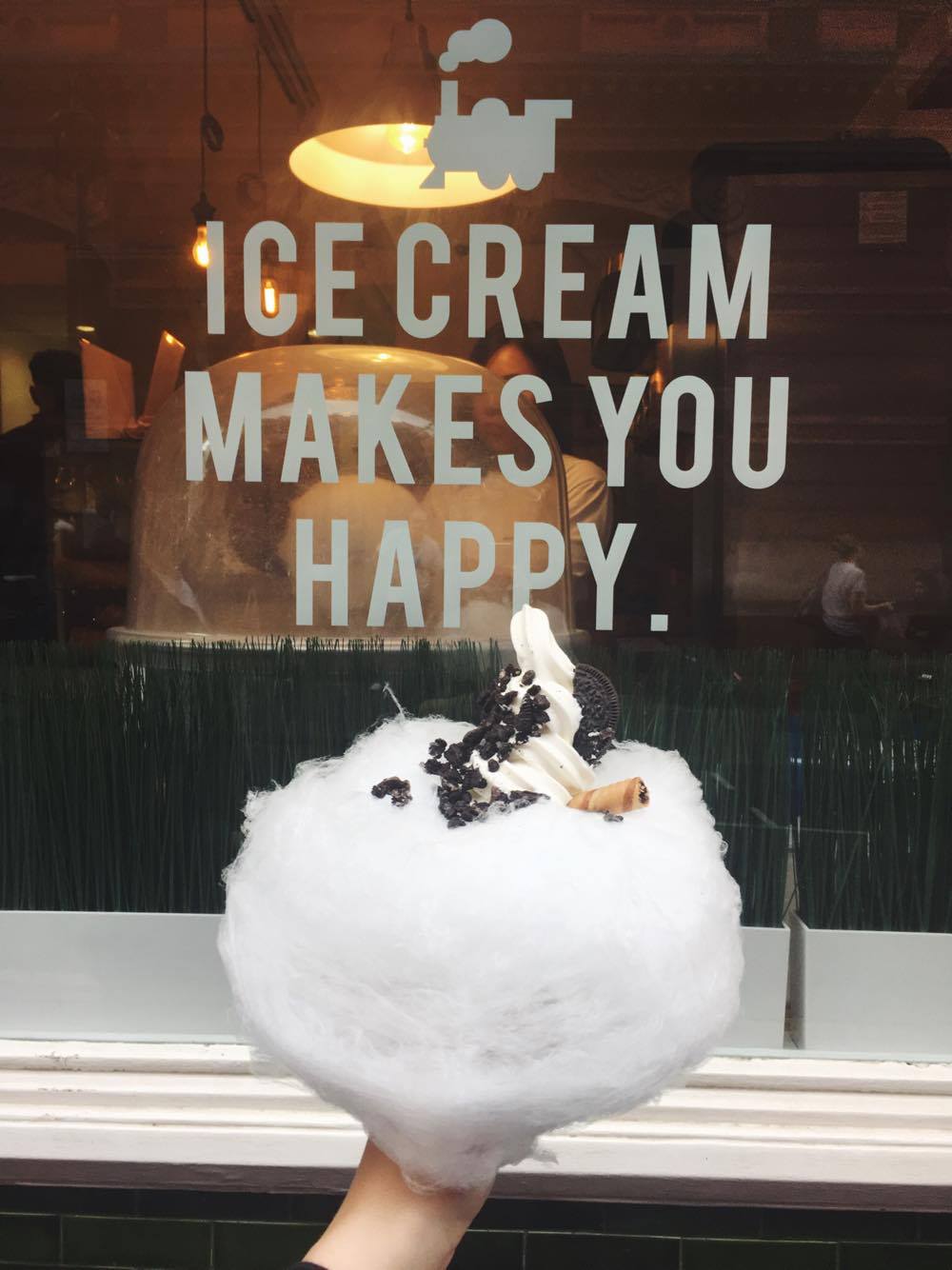 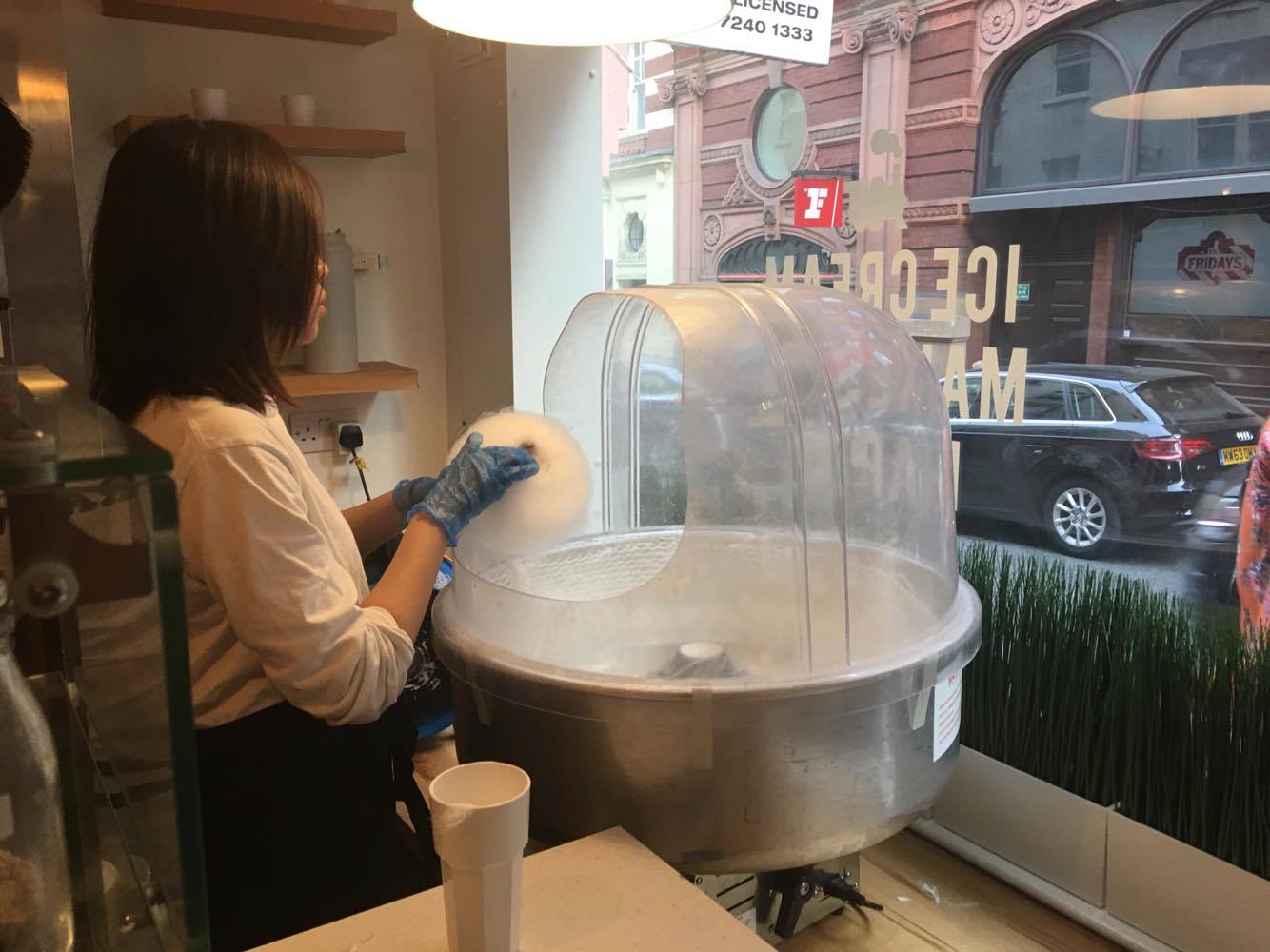 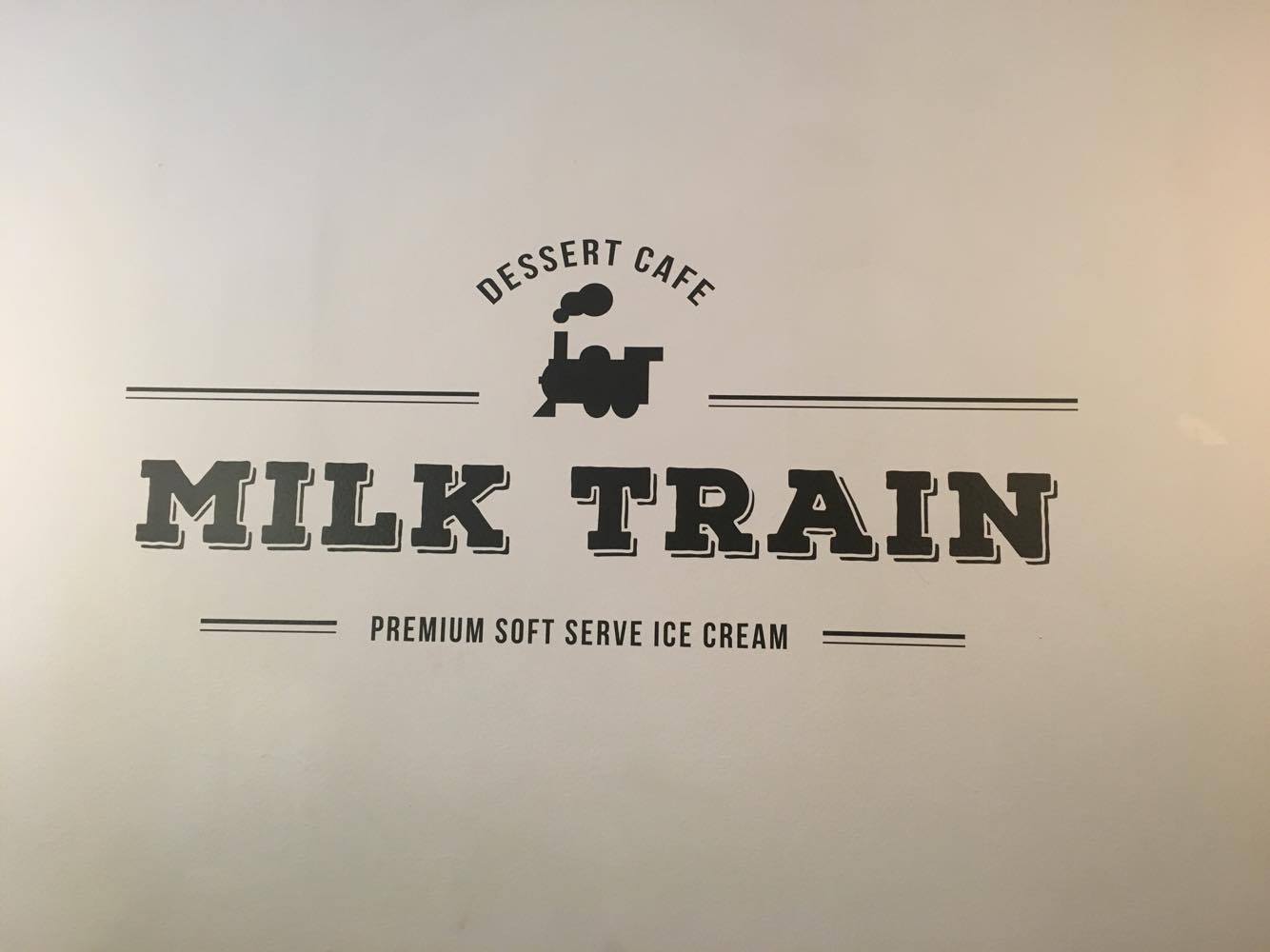 We made our way to the theatre and waited for as long as we could before going to our separate seats. Luckily, the only other people in my row were a couple which meant James could actually sit next to me which made the £5 tickets all the better! We were so so lucky. The show and set was amazing and I’m so glad we got to see it. I had the best day with fab company! 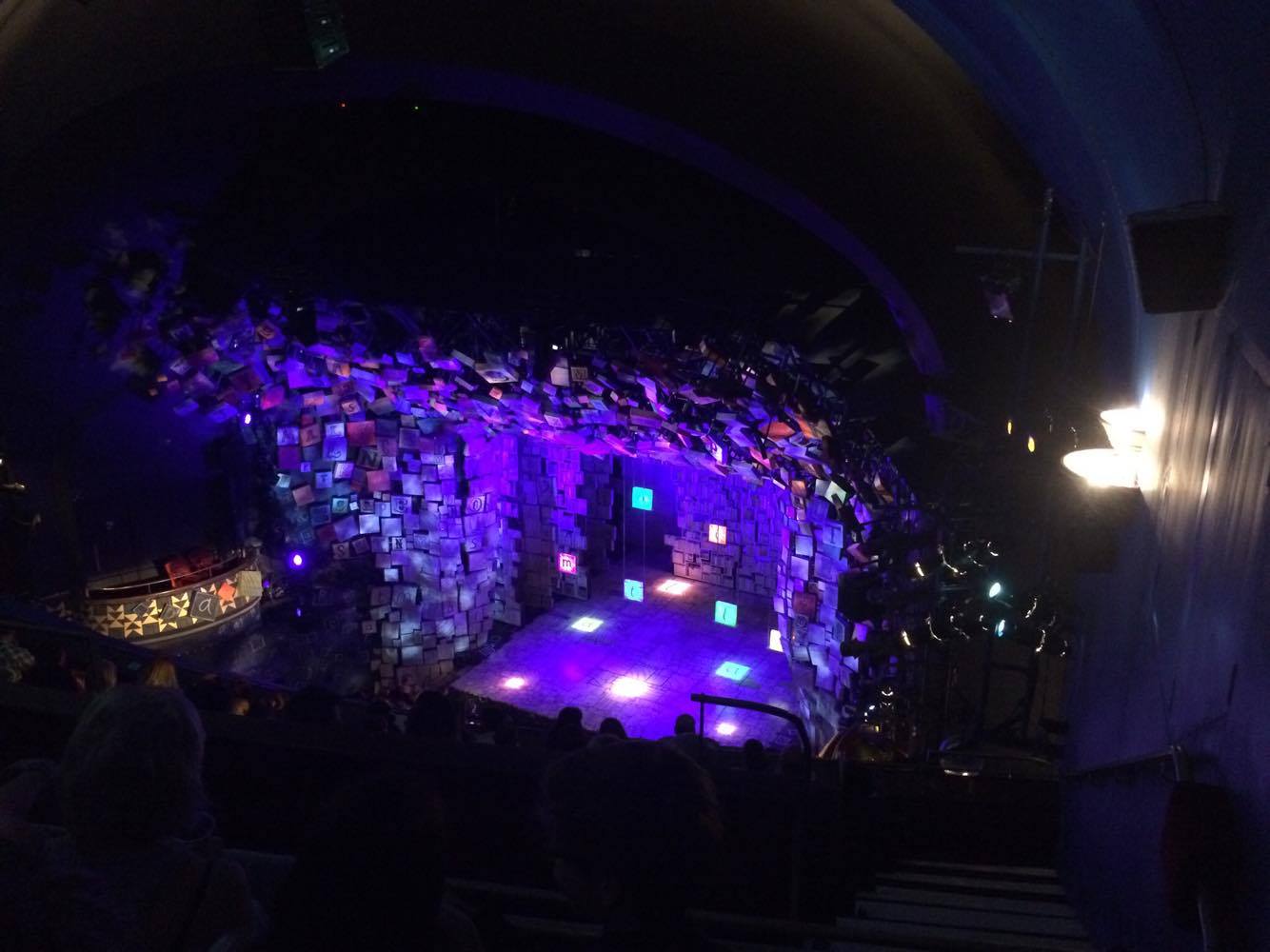 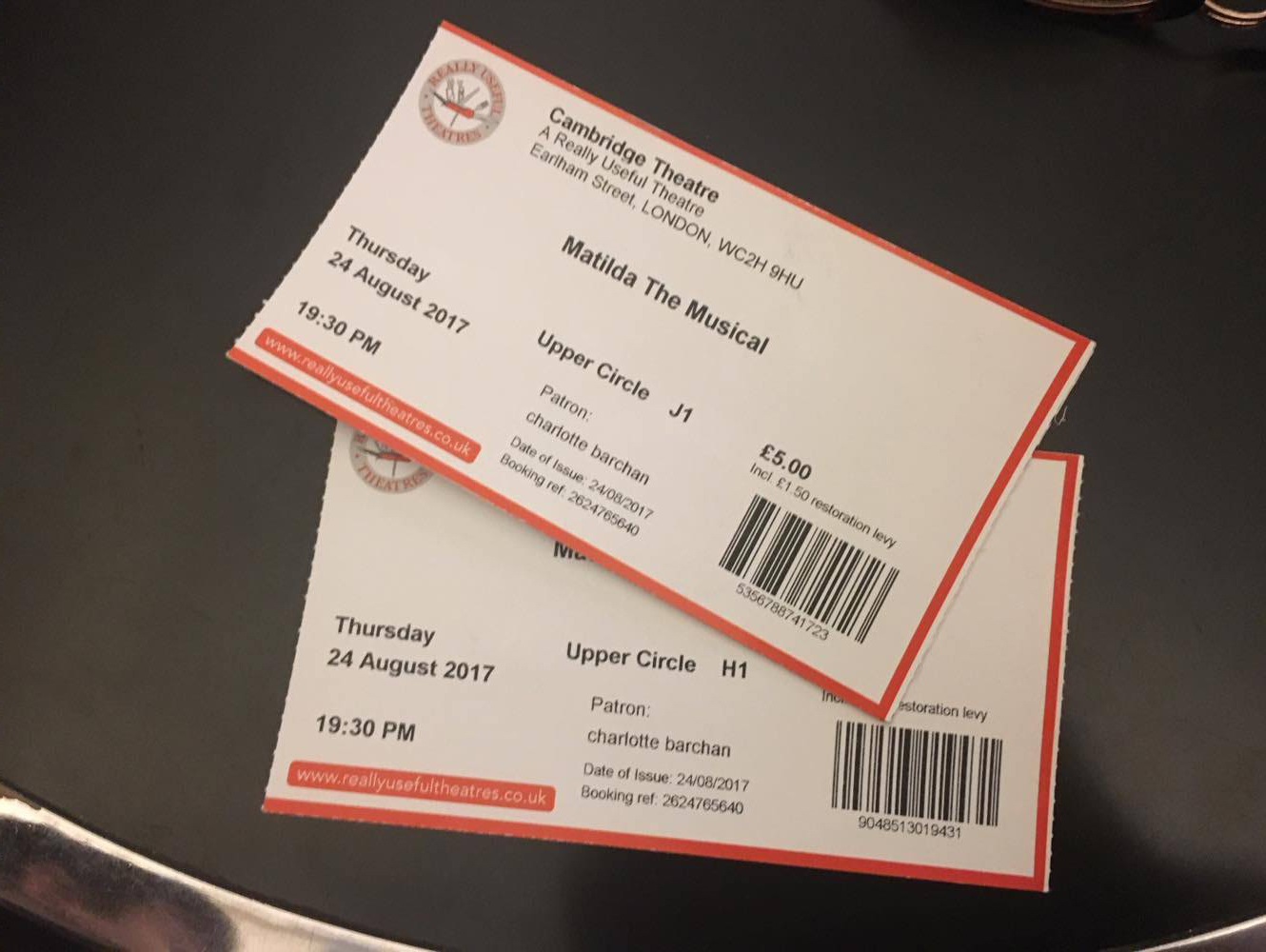