After being advised that the city walls were well worth doing and having admired them from afar, we got up bright and early Wednesday morning to tackle them. 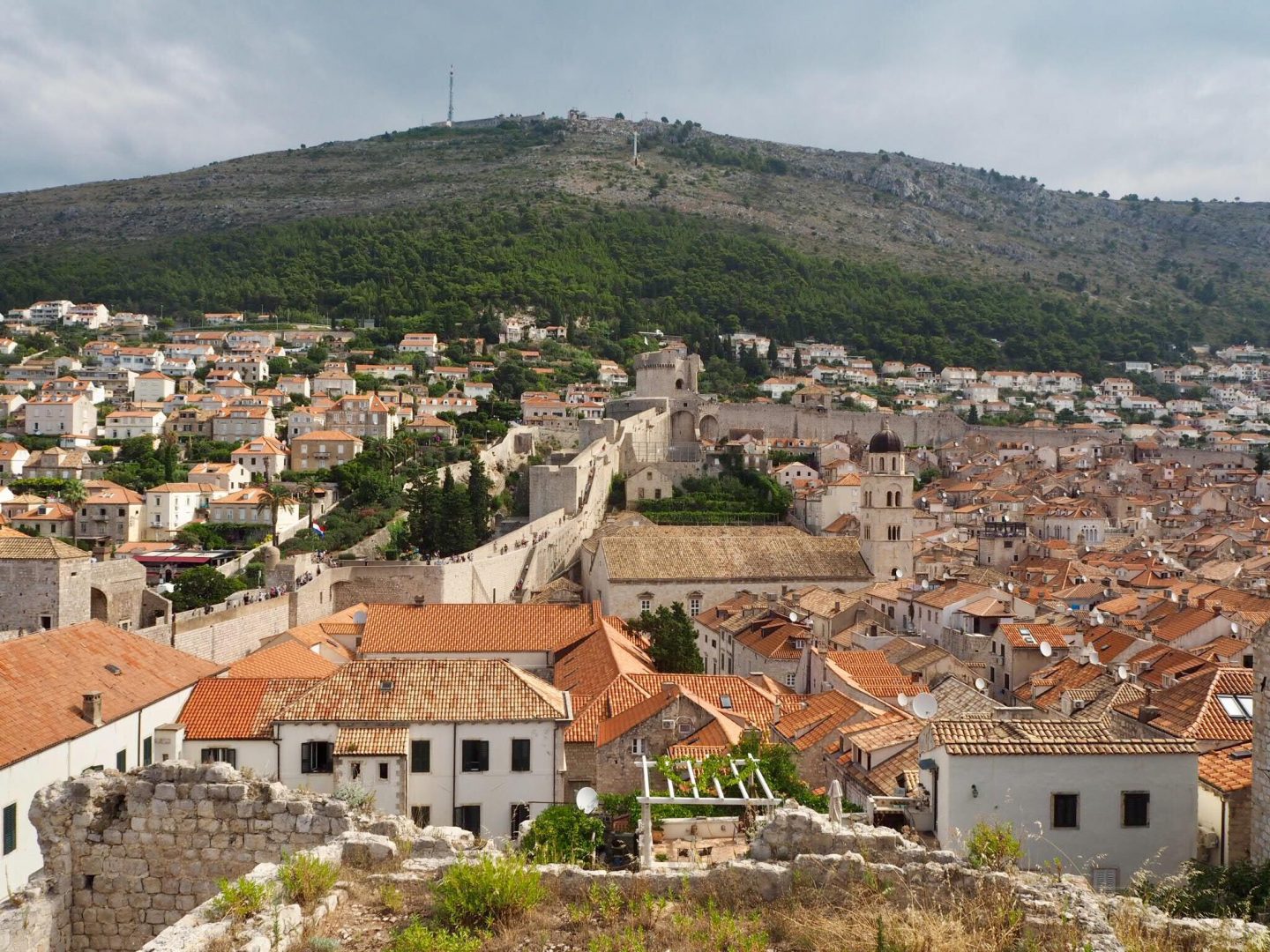 I can’t remember the exact price of the ticket but I think it was around 100 kuna which was decent considering it’s probably the main attraction. We managed to walk the 2km walls in about an hour and a half which was good going considering we stopped for several pictures and snacks.

The views all along the way were incredible and getting a better sight of the tiny alleys and orange rooftops was really worth the price and to walk along a wall with so much history was very special. We even sighted the kayaking tour we would be doing 2 days later for my birthday which made us very excited especially as we saw a child doing it which put us at ease knowing it would be pretty straight forward to do… 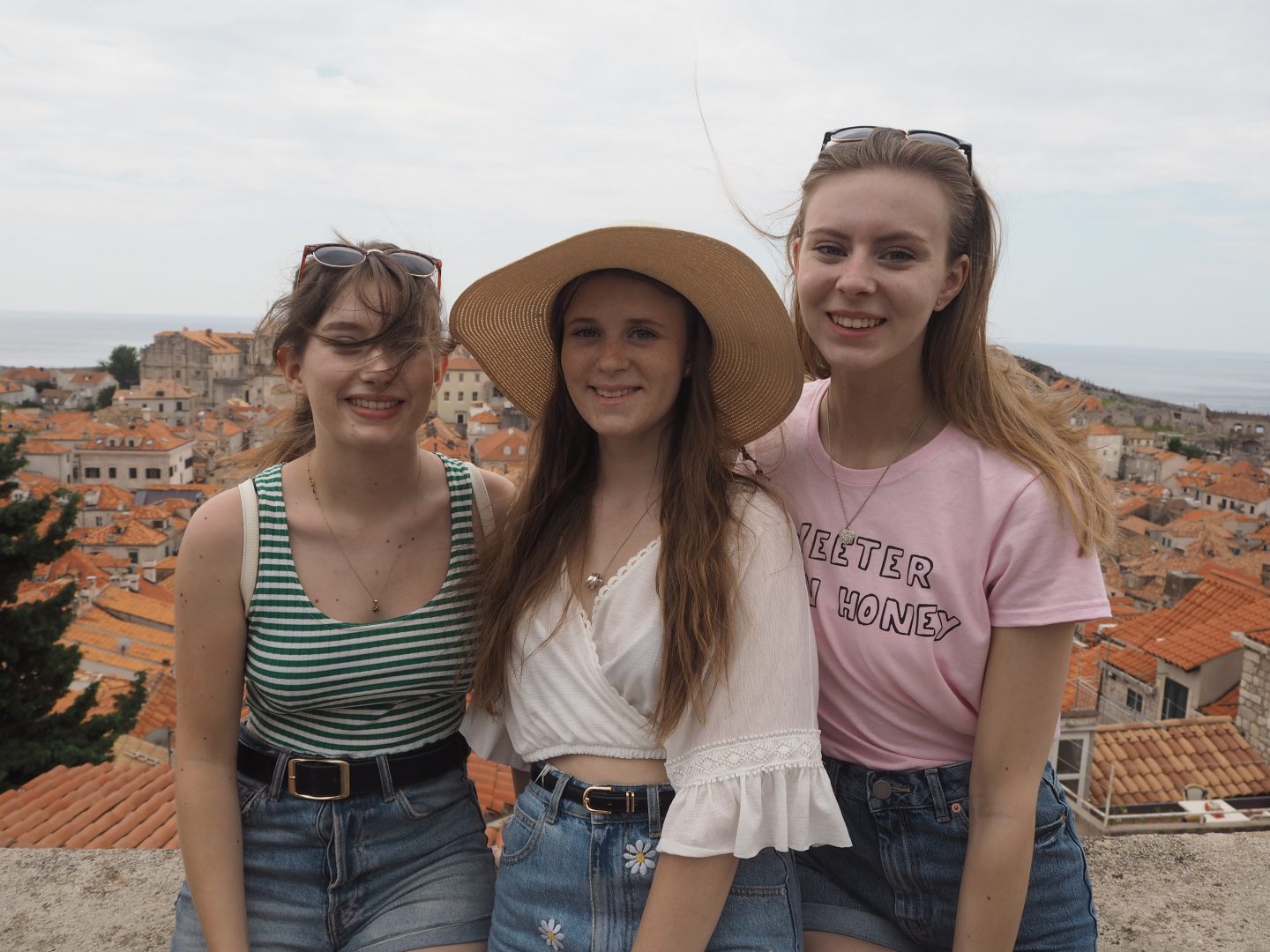 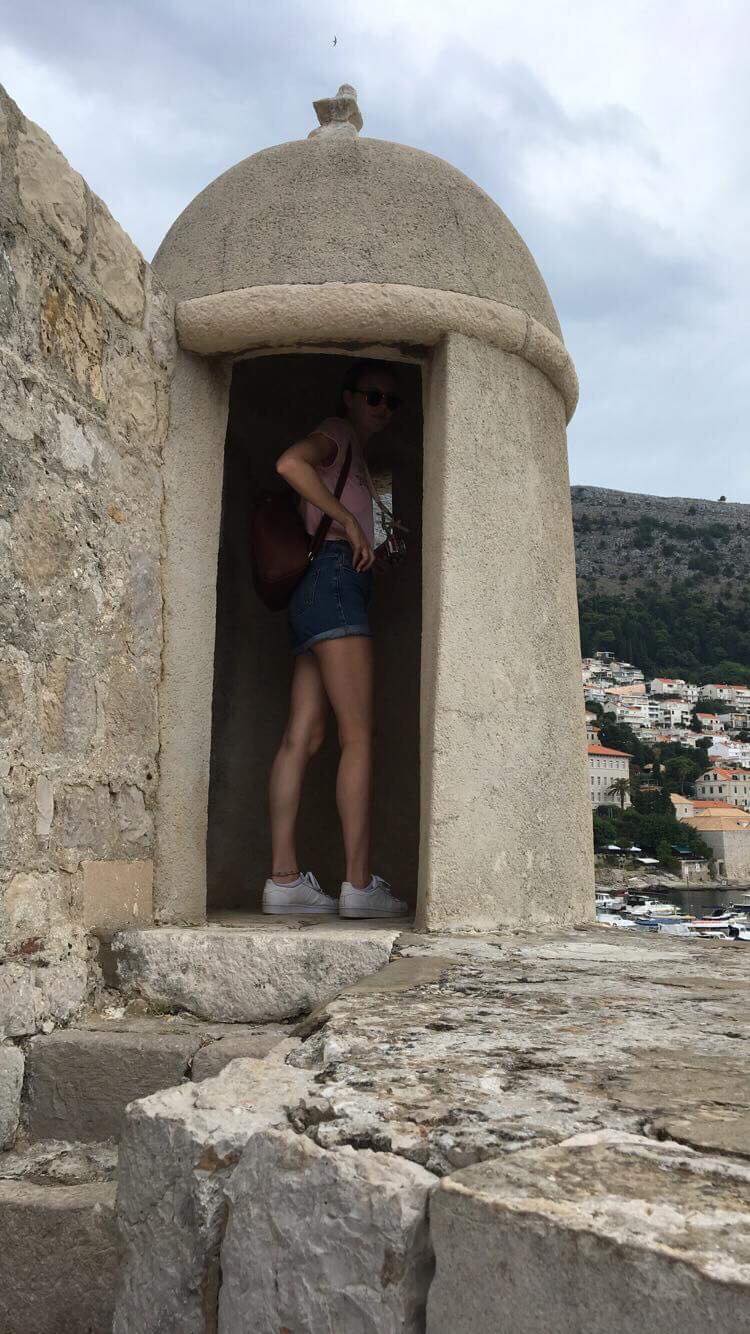 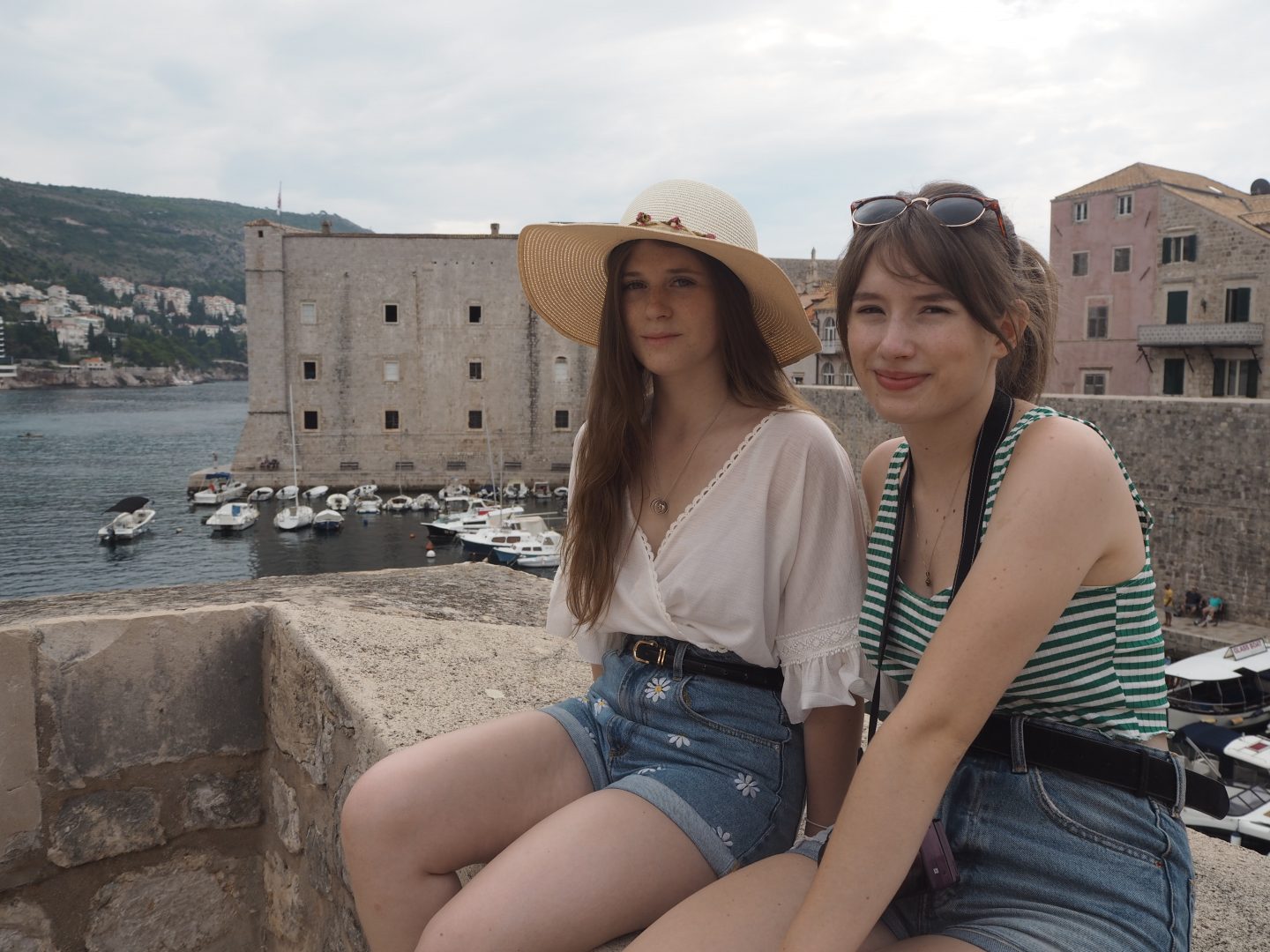 My advice for the walls is to avoid doing them in the middle of the day when it’s the hottest as it was hard work doing it early, I can’t imagine it would be much fun doing it when it’s even hotter!

After a well deserved ice cream, we headed back to our apartment. We had decided this would be the evening we ventured out to see the nightlife so made sure we we’re well fed and napped before hand. Seeing the city lit up was beautiful and the atmosphere was even more bustling at night with plenty of bars and people promoting clubs. 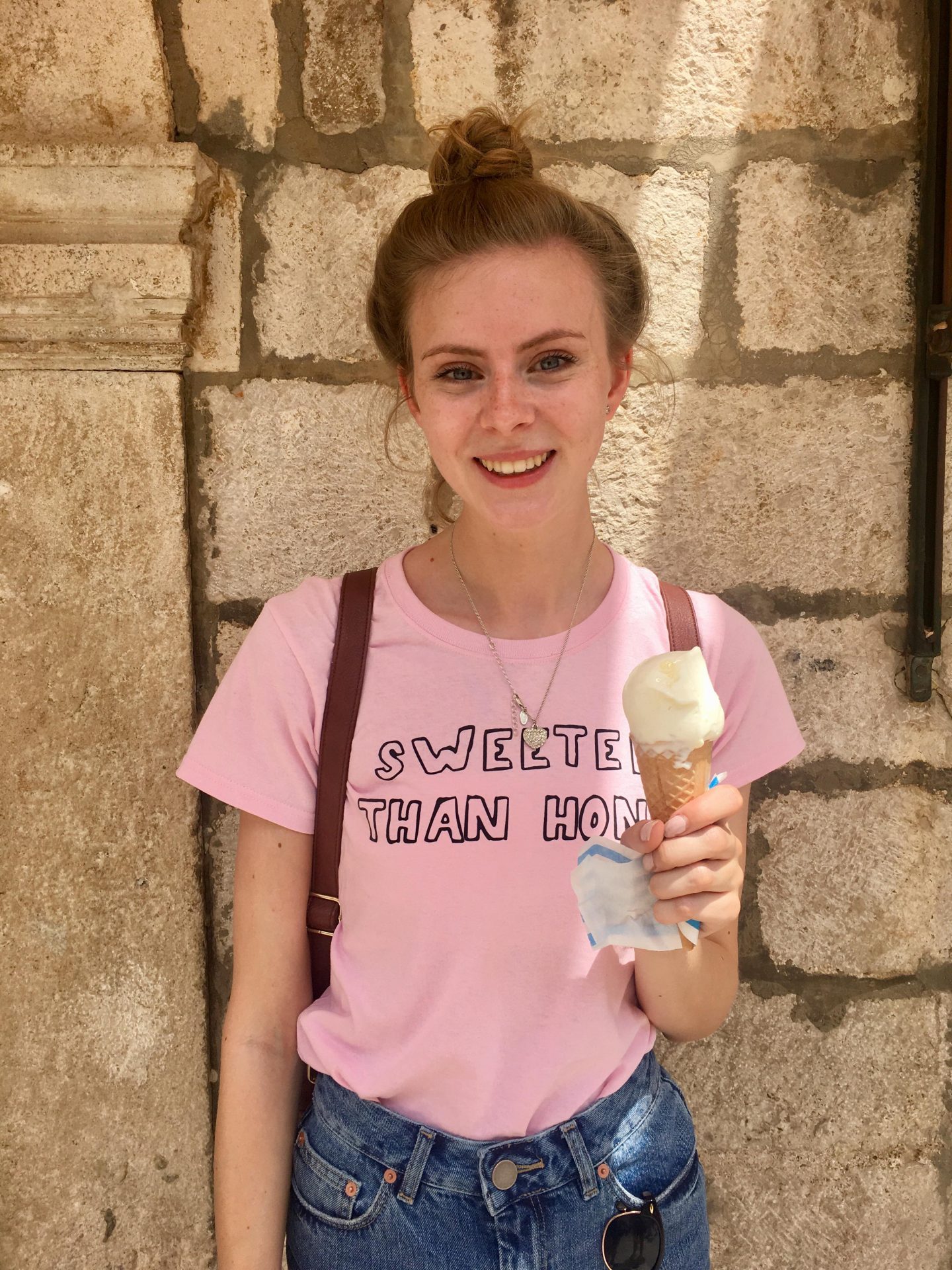 Our initial plan was to actually go clubbing but after getting no where and loosing our enthusiasm we settled on cocktails instead. We asked a local where we could find a good place for drinks as it was getting late and we were guided to a cluster of bars tucked away behind the unwinding streets. Amongst the bars here we choose caffe bar Micro which had amazing cocktails and a large variety to choose from! Definitely go to this part for a few drinks, it felt really chilled. 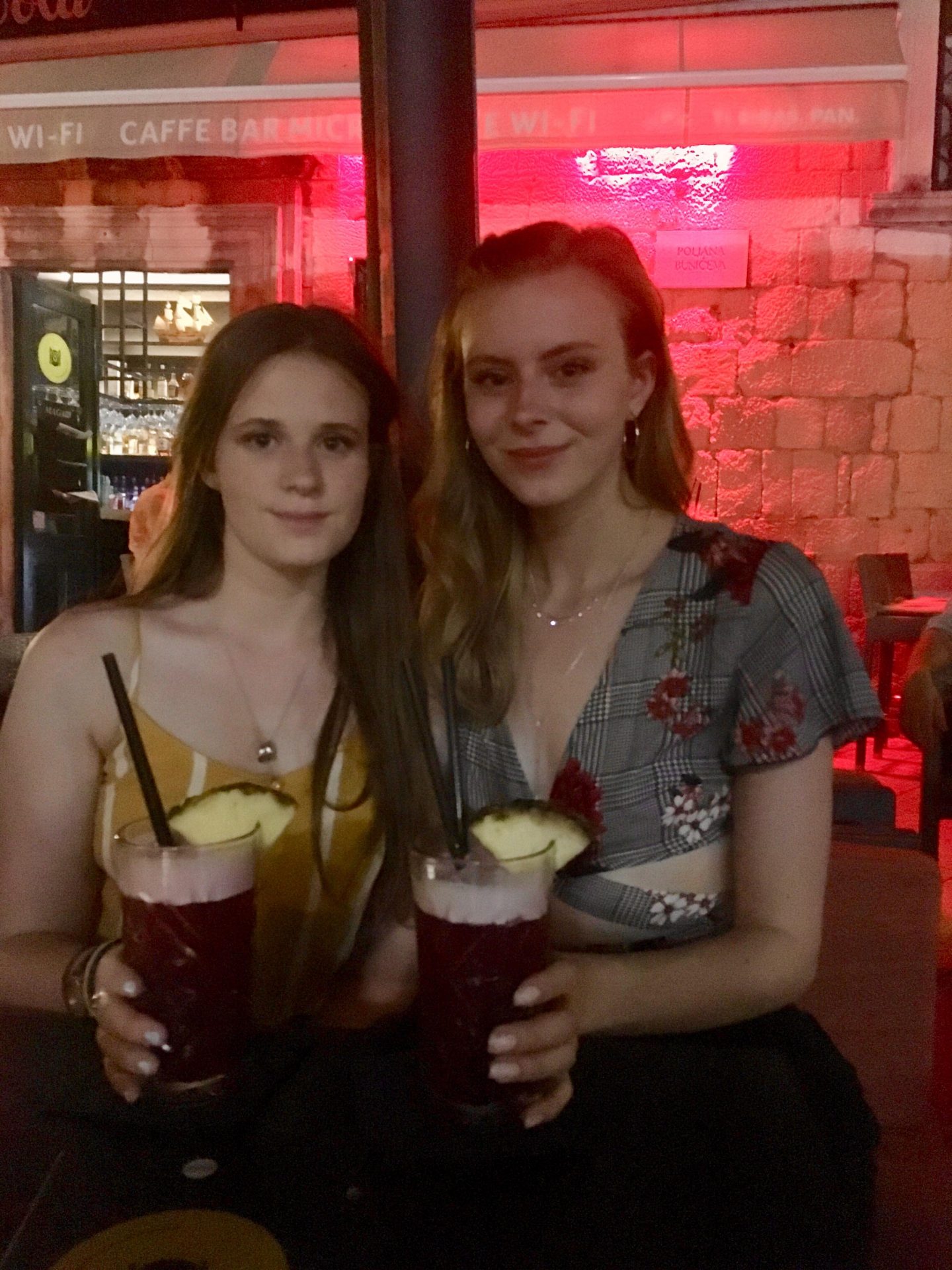 We finished off our night at a bar more central right next to the bell tower to really appreciate our surroundings and get more of atmosphere. There’s something about people watching that’s so enjoyable! 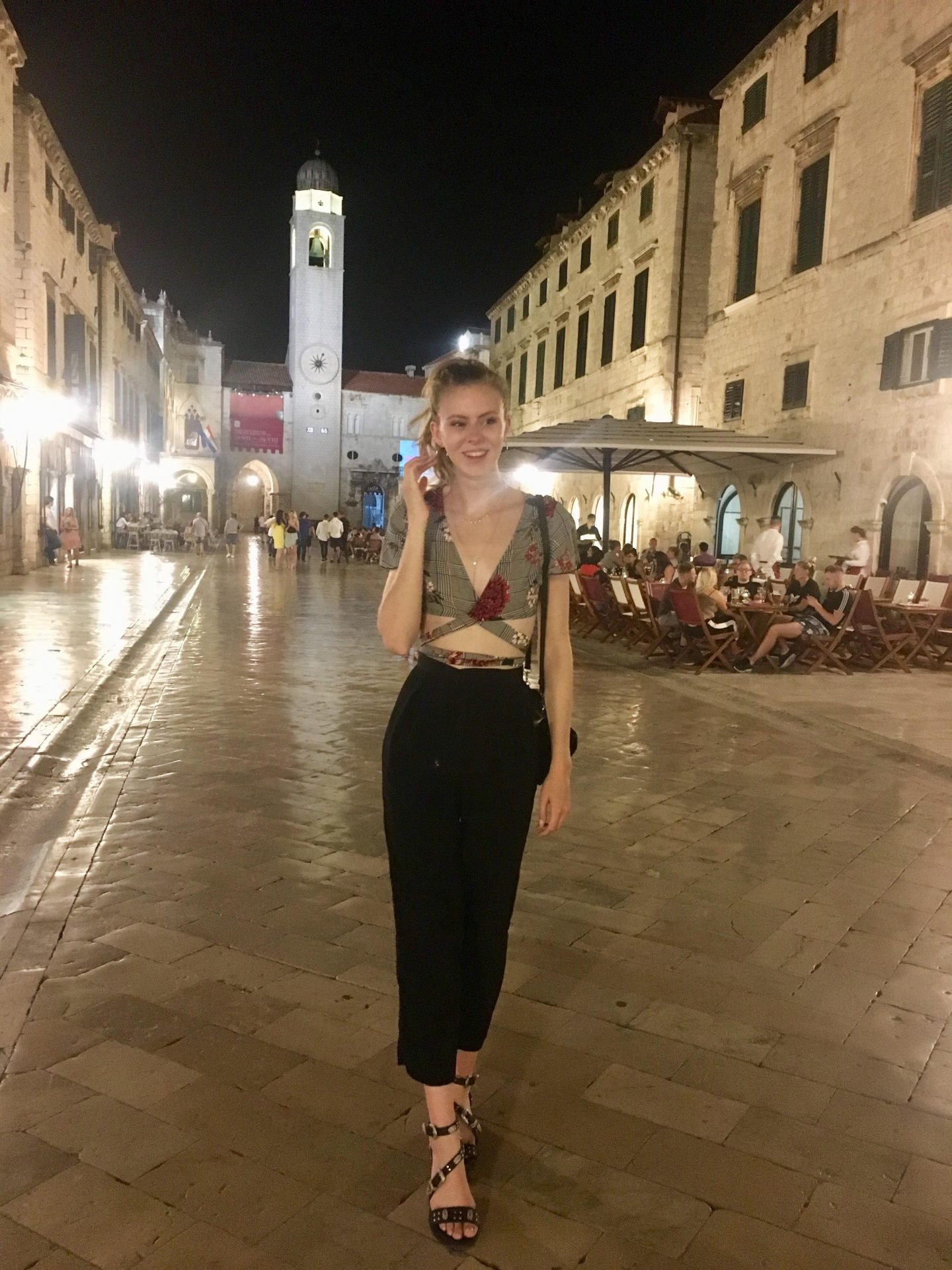 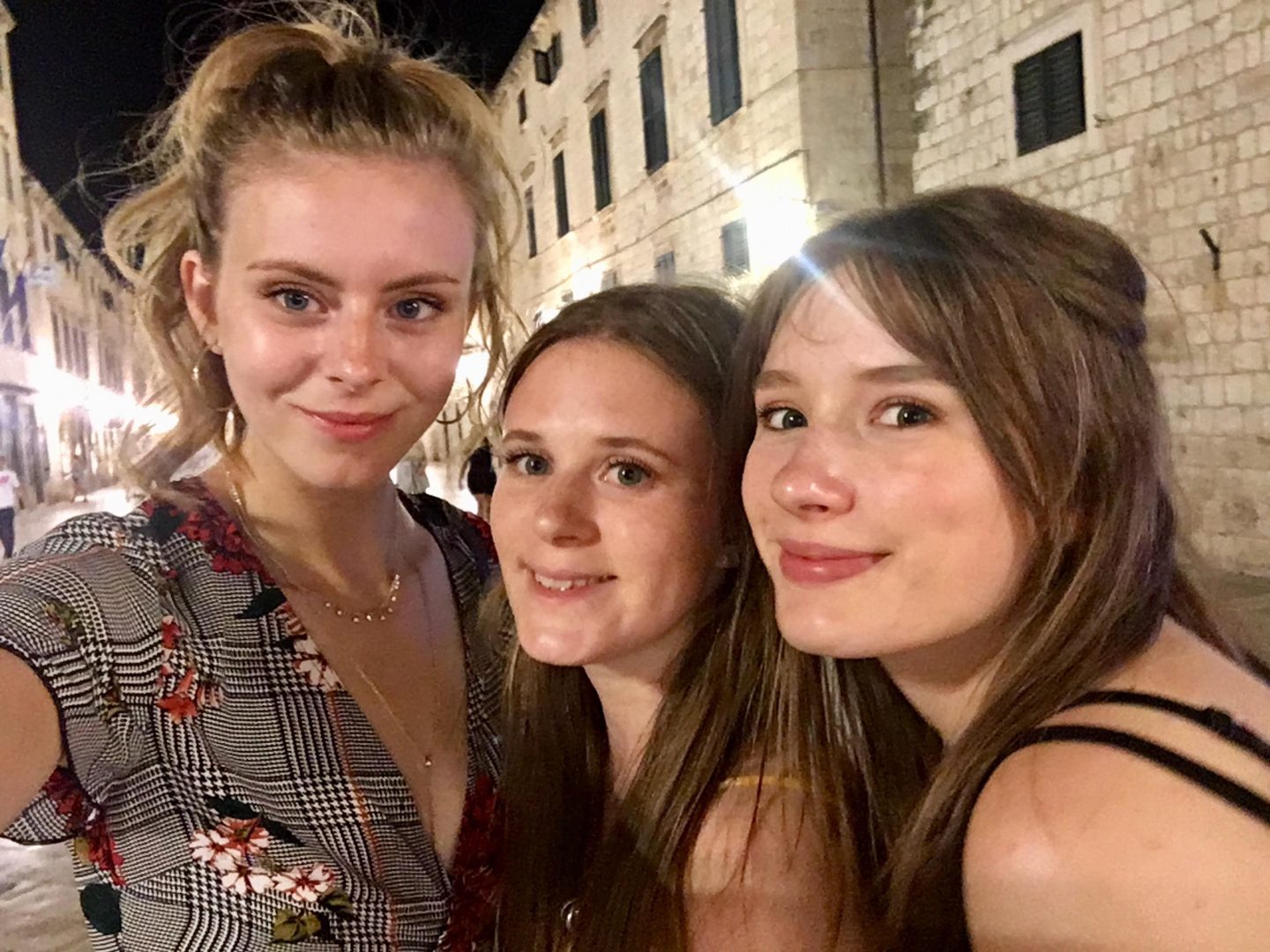