For our last full day in Prague, we spent our time wandering around the rest of the city and exploring the other side of the Charles Bridge. 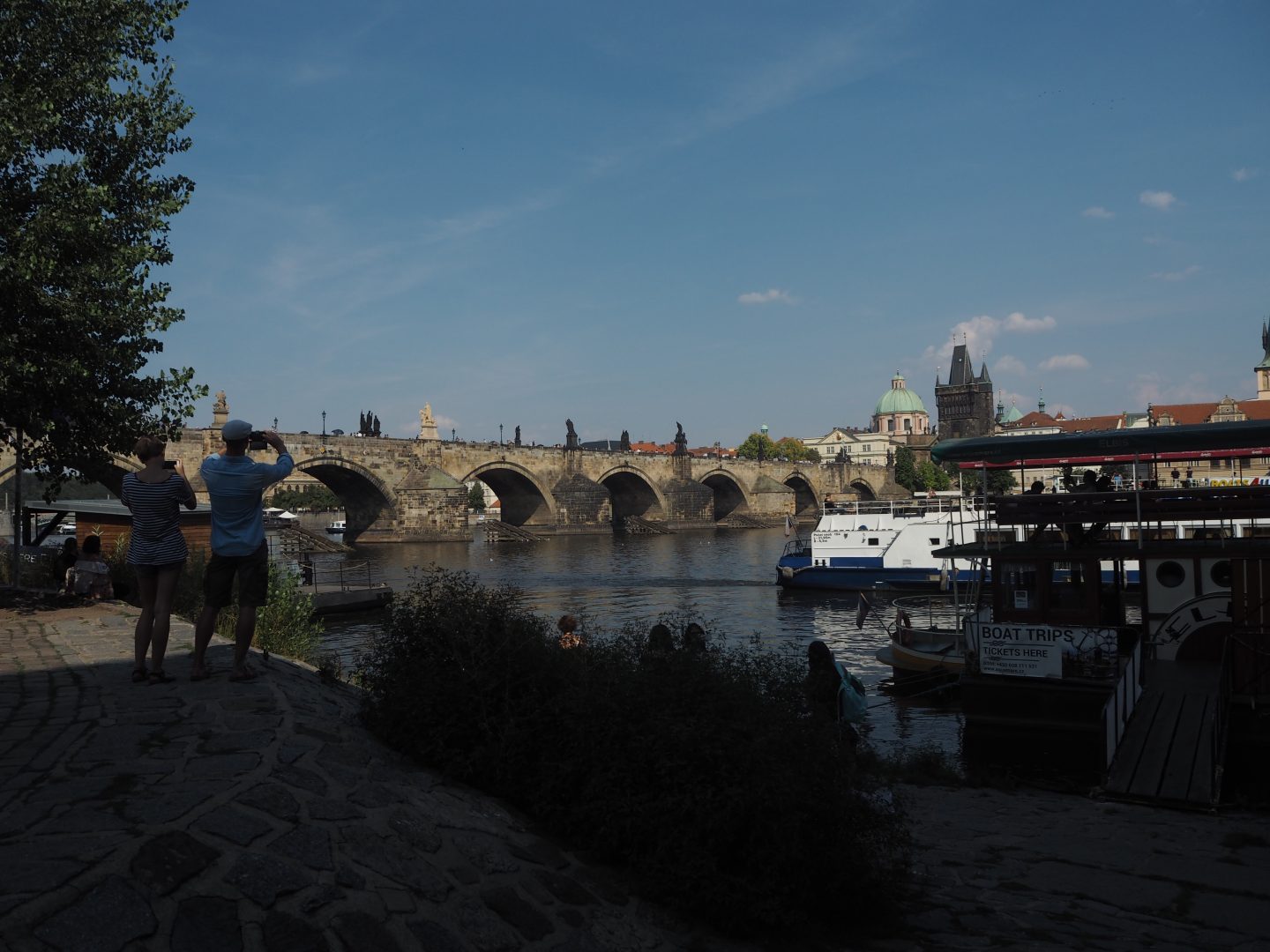 Our first stop was Prague castle which I had seen so many wonderful pictures of on social media and was very excited to experience it for myself. You are able to get a tram to the top of the hill where it sits
but instead we decided we would walk up the many steps which was very brave of us. It was quite unbearable under the sun and we had to make countless stops but we eventually made it. 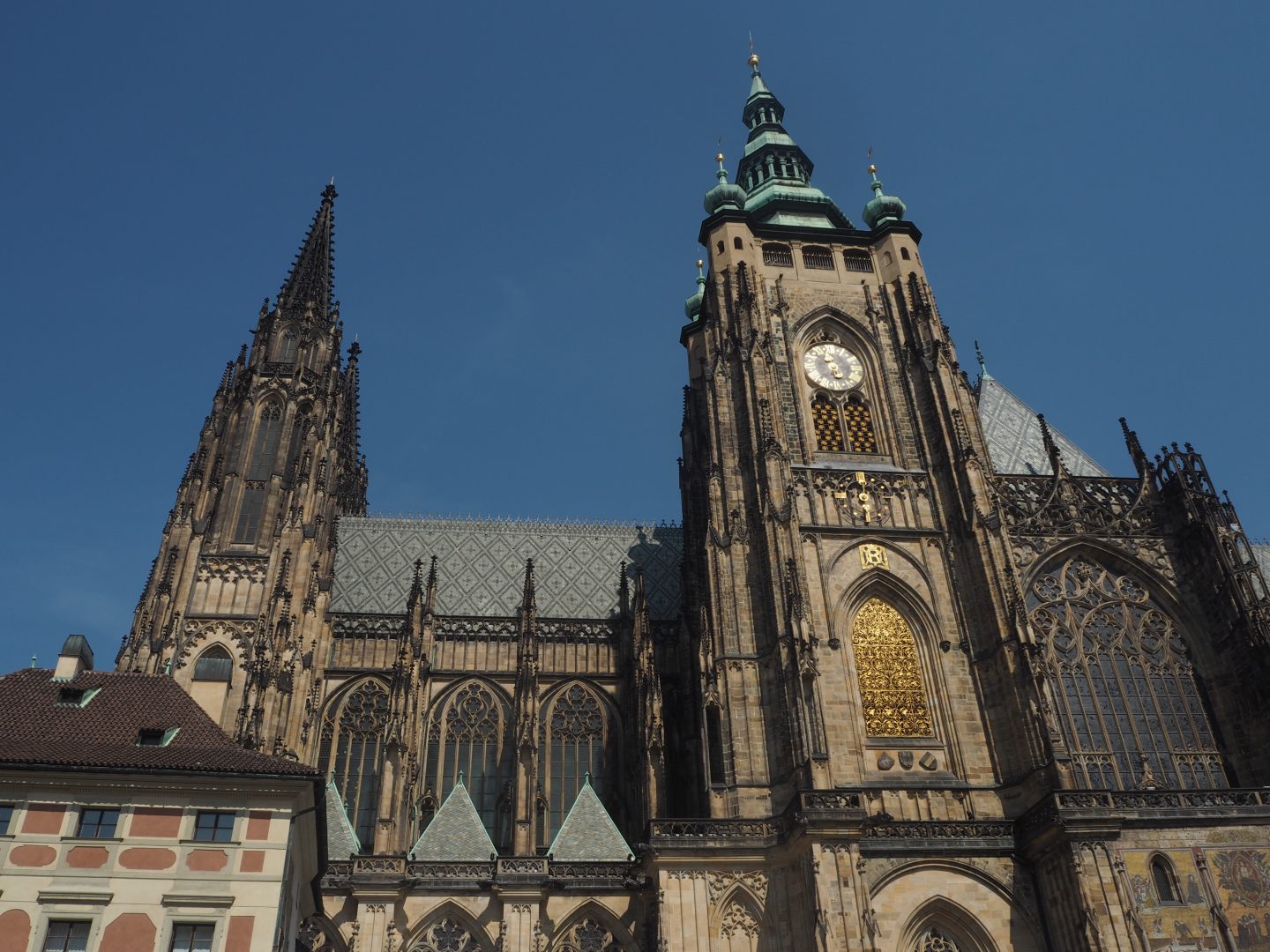 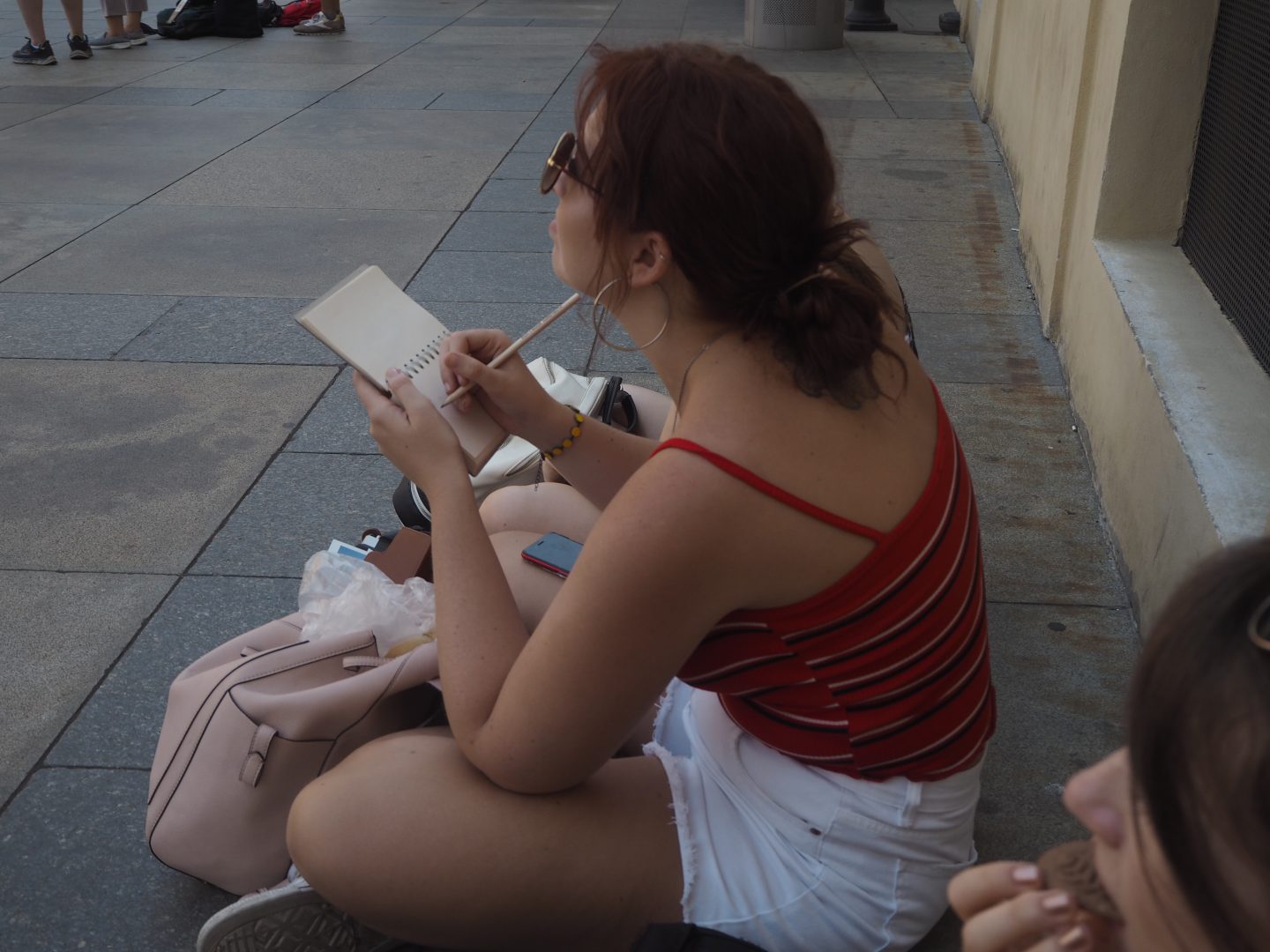 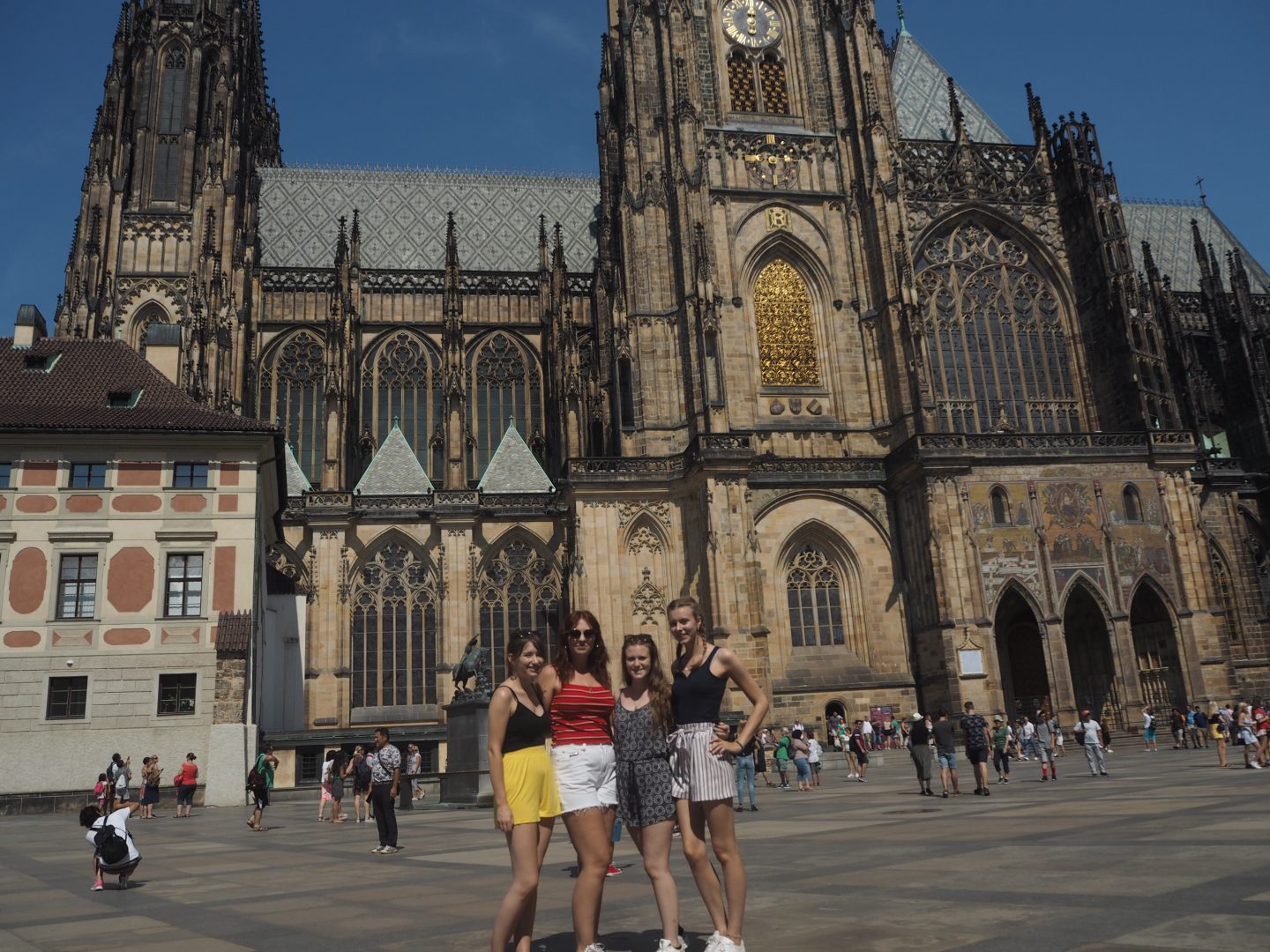 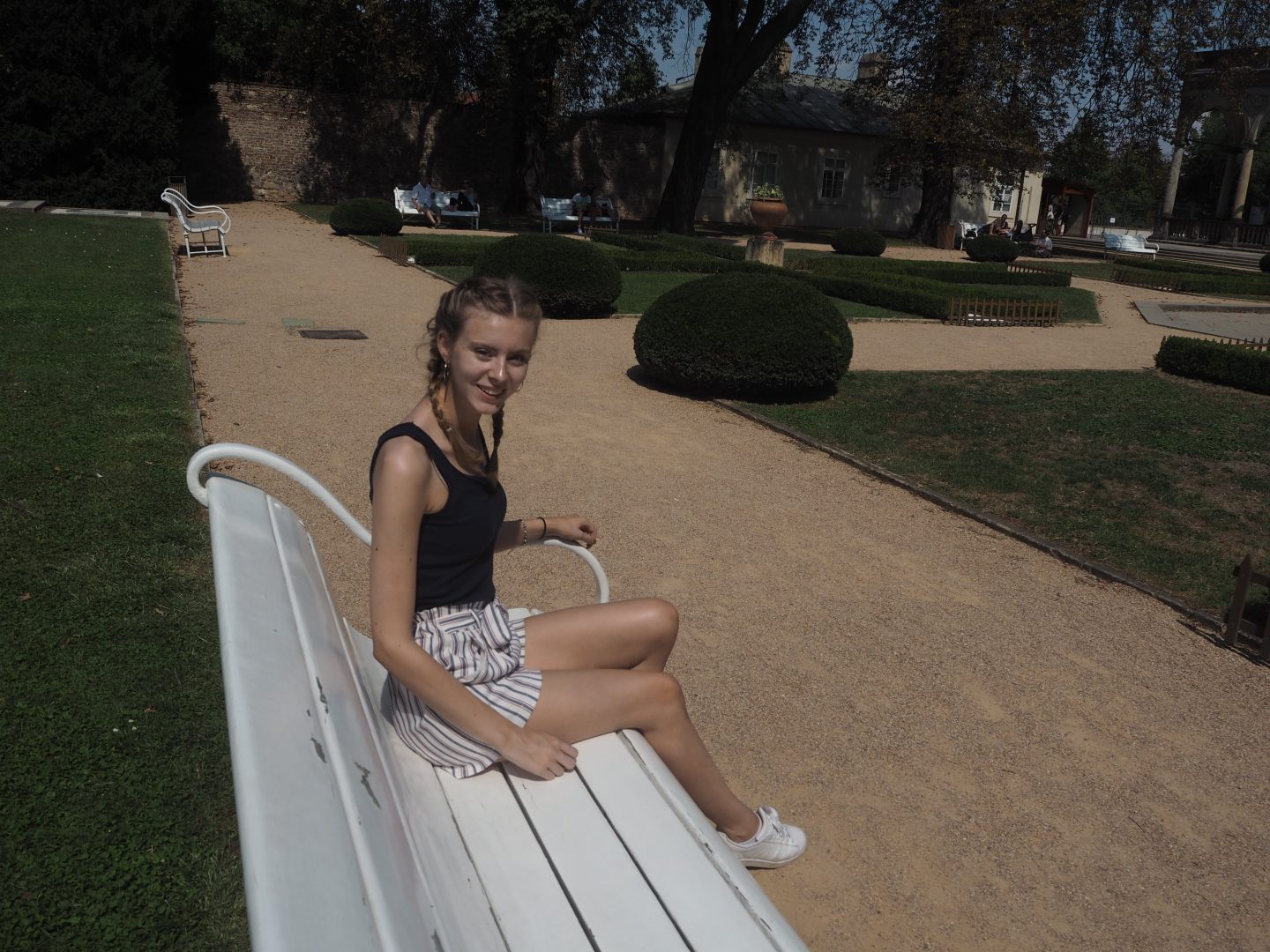 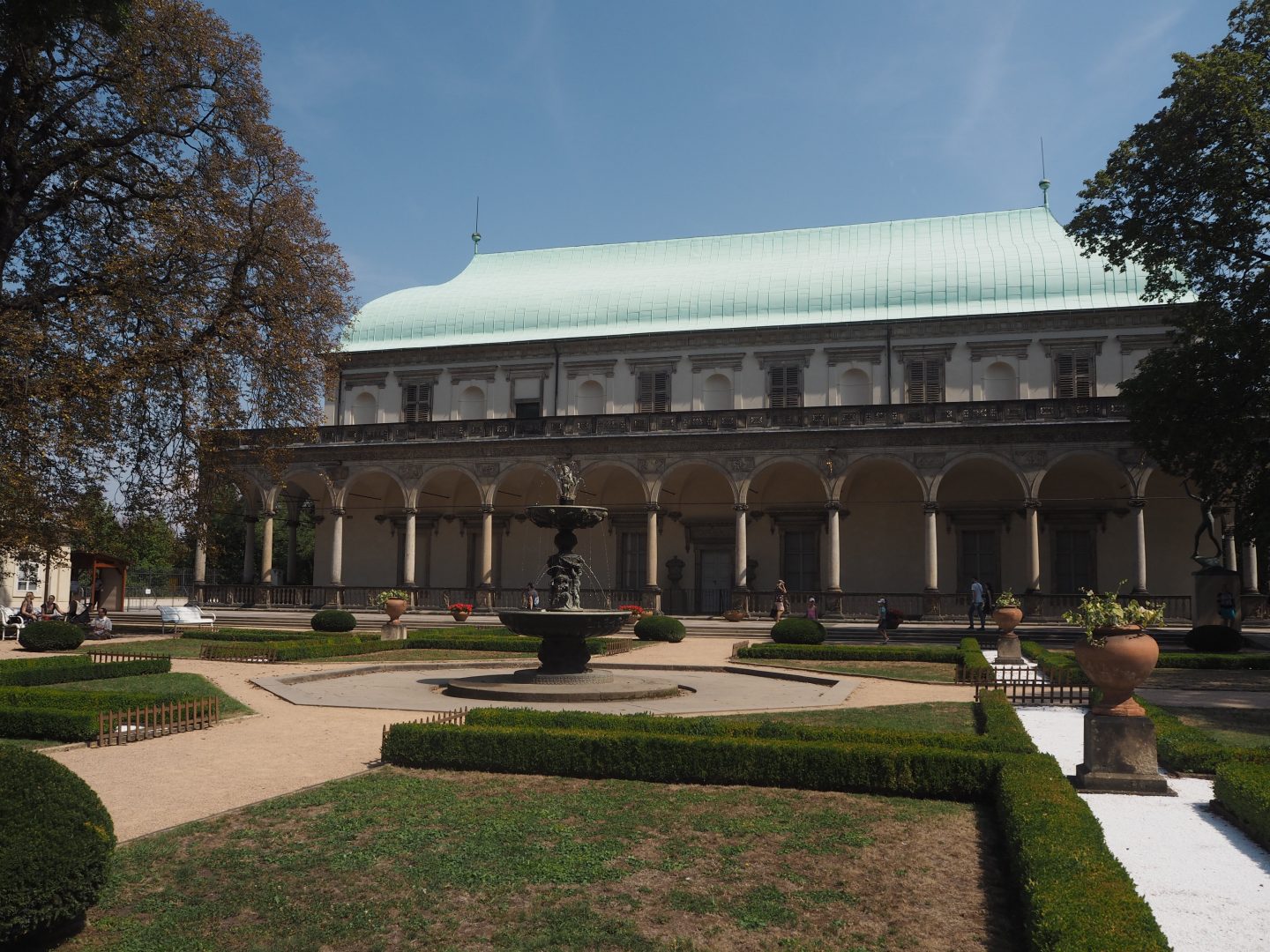 Once we’d admired the outside we decided to head inside the grounds of the castle. Having arrived early ish we managed to get in reasonably quick, although the que was building quite rapidly and with such thorough security, I can imagine it can get quite busy. The grounds were free to look around but I think if you are to go into the actual castle itself you have to pay a fee. We weren’t really too bothered about this so found a nice spot in the shade where we watched the world go by and saw the bells being rung. We then decided to head onwards, taking a walk around the rest of the grounds which were stunning! Having seen what we had set out to see at the castle, we left and got a tram back down towards the bottom of the hill.

Next on our list of things to see was the John Lennon wall which was lovely and obviously we got plenty of photos by it. It’s one of those things that doesn’t take up much time but you feel you need to see it. Our last attraction we were desperate to see was Prague’s narrowest street which has it’s very own traffic light system. Again this didn’t take up much time but it was worth the visit to say we had done it. 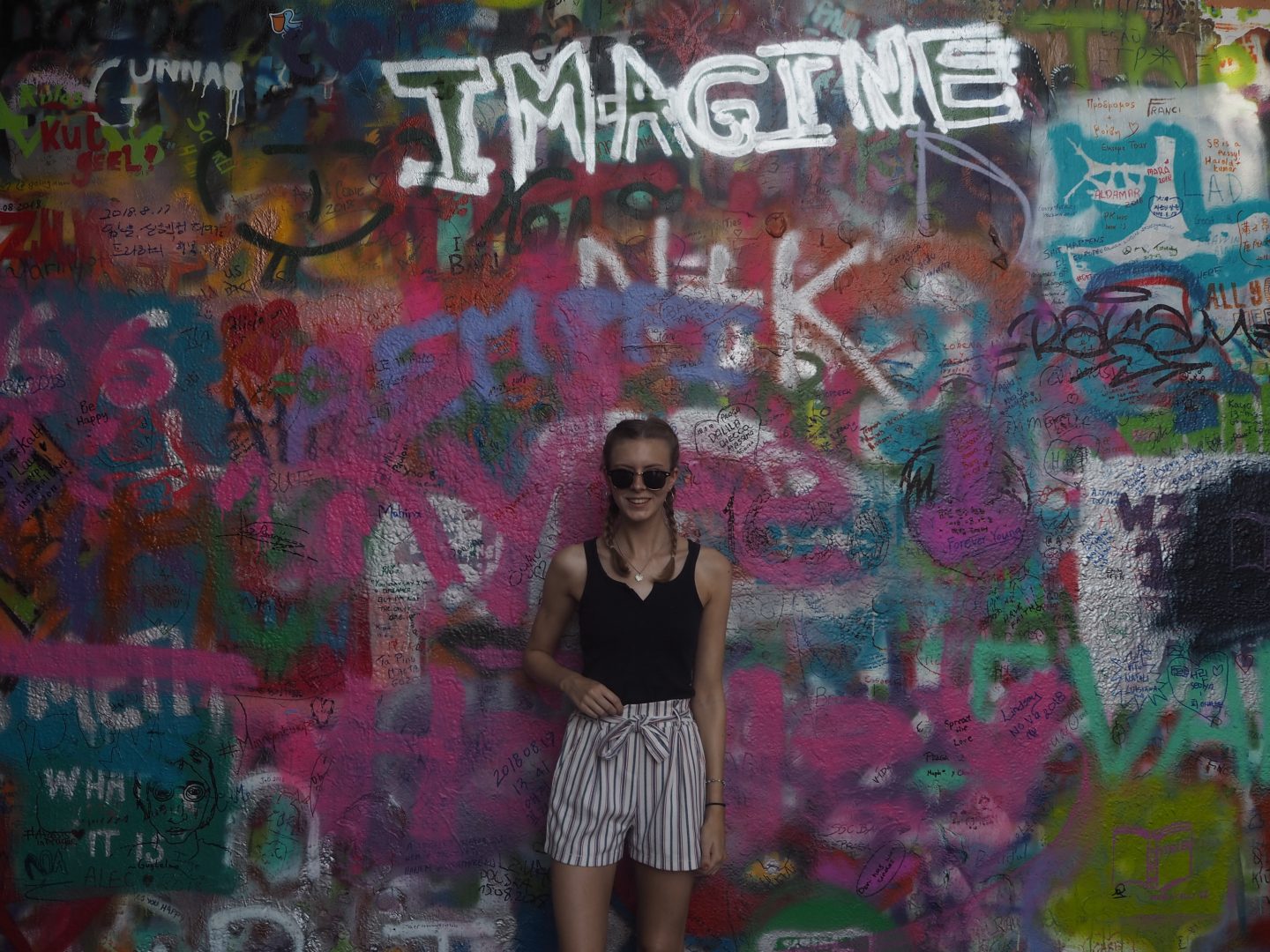 Having eaten out whilst we were exploring, we headed back to the apartment to make our last dinner at our lovely apartment. The meal we cooked was honestly such a disaster but at least we had the thought of pudding to look forward to as we ventured out to the old town for the last time in the evening. Boon & I had in our heads that we wanted waffles and of course when you want something it is never straight forward to find so we dragged Lily & Loren around for a good hour looking for some. Our determination was a waste of time because we sadly couldn’t find any and had to settle for a crepe but nevertheless it was still delicious. We enjoyed it sat right in the middle of the square surrounded by so many others doing the same. It was such a lovely atmosphere and so beautiful seeing the old town lit up at night. 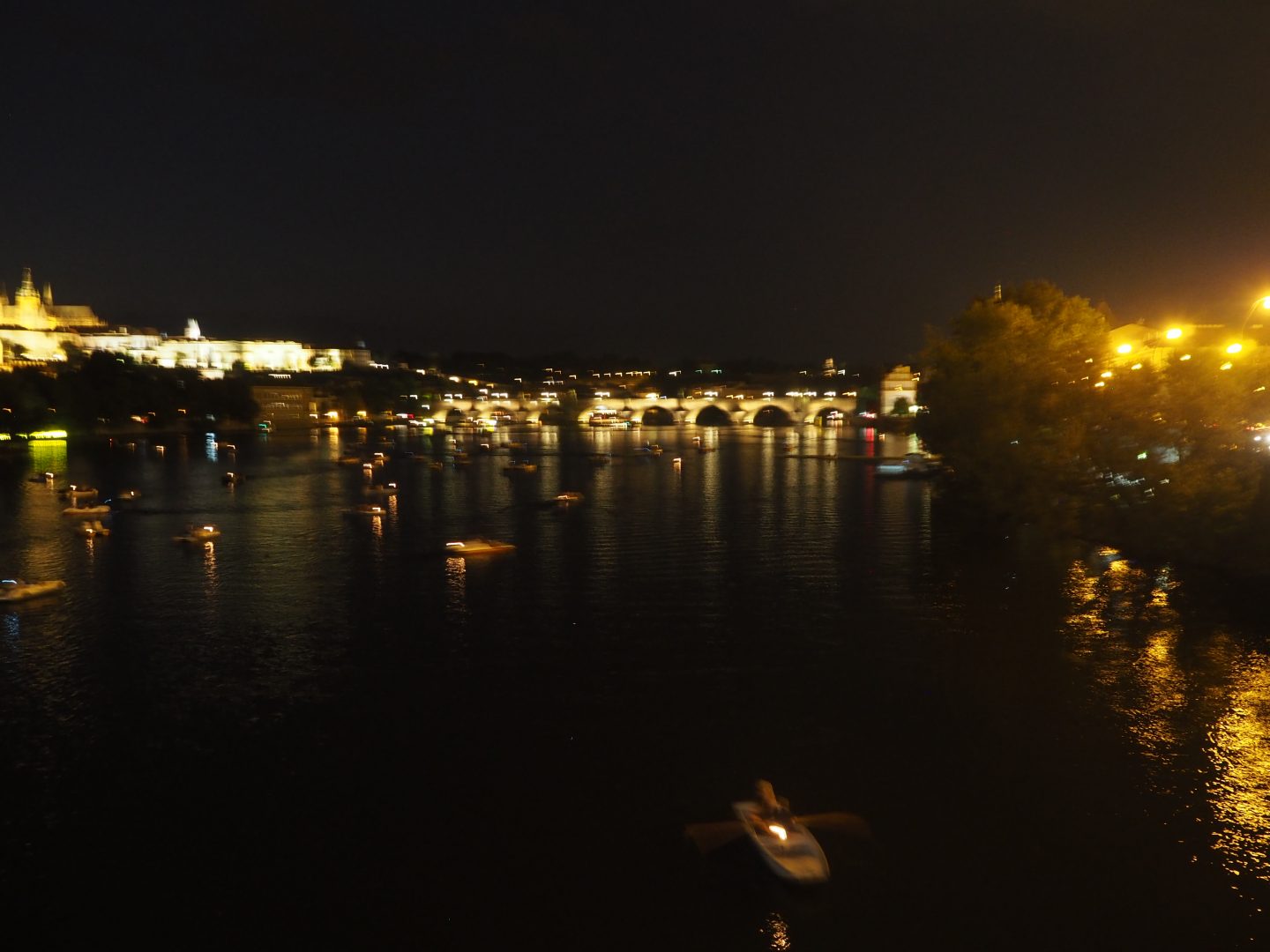 worst picture in existence, doesn’t do it any sort of justice but I thought I’d add it anyway x

The thought of leaving Prague was very sad but I can’t wait to go back again soon. I look back at this trip with such fond memories, I loved it so much and I think it might be my favourite city break yet. Thank you to the girls for such a lovely time x