Arriving from Byron Bay, the Gold Coast had a lot to live up to. They are both completely different places but I’d heard a lot of good things about the Gold Coast and I was excited to see it for myself. 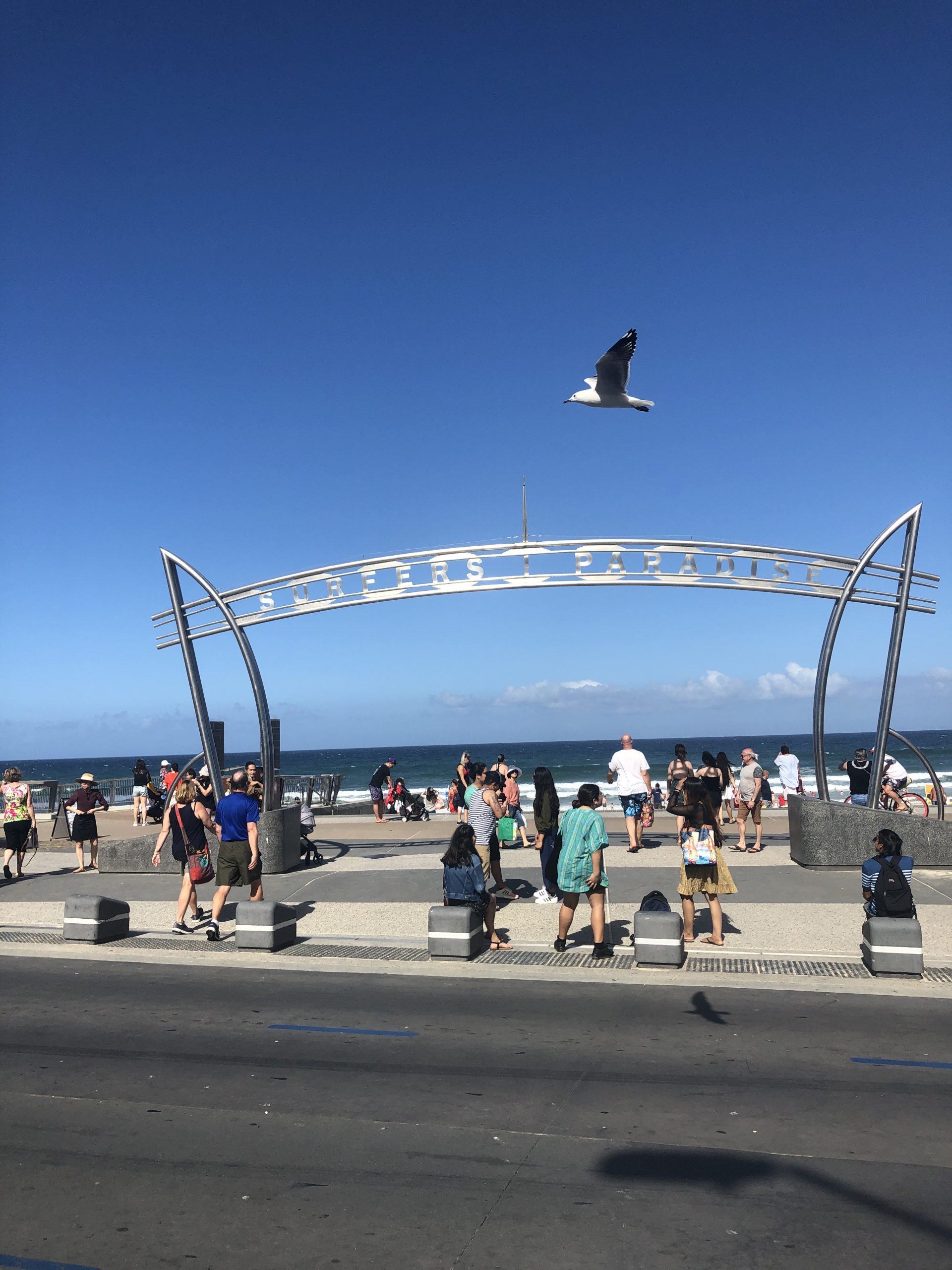 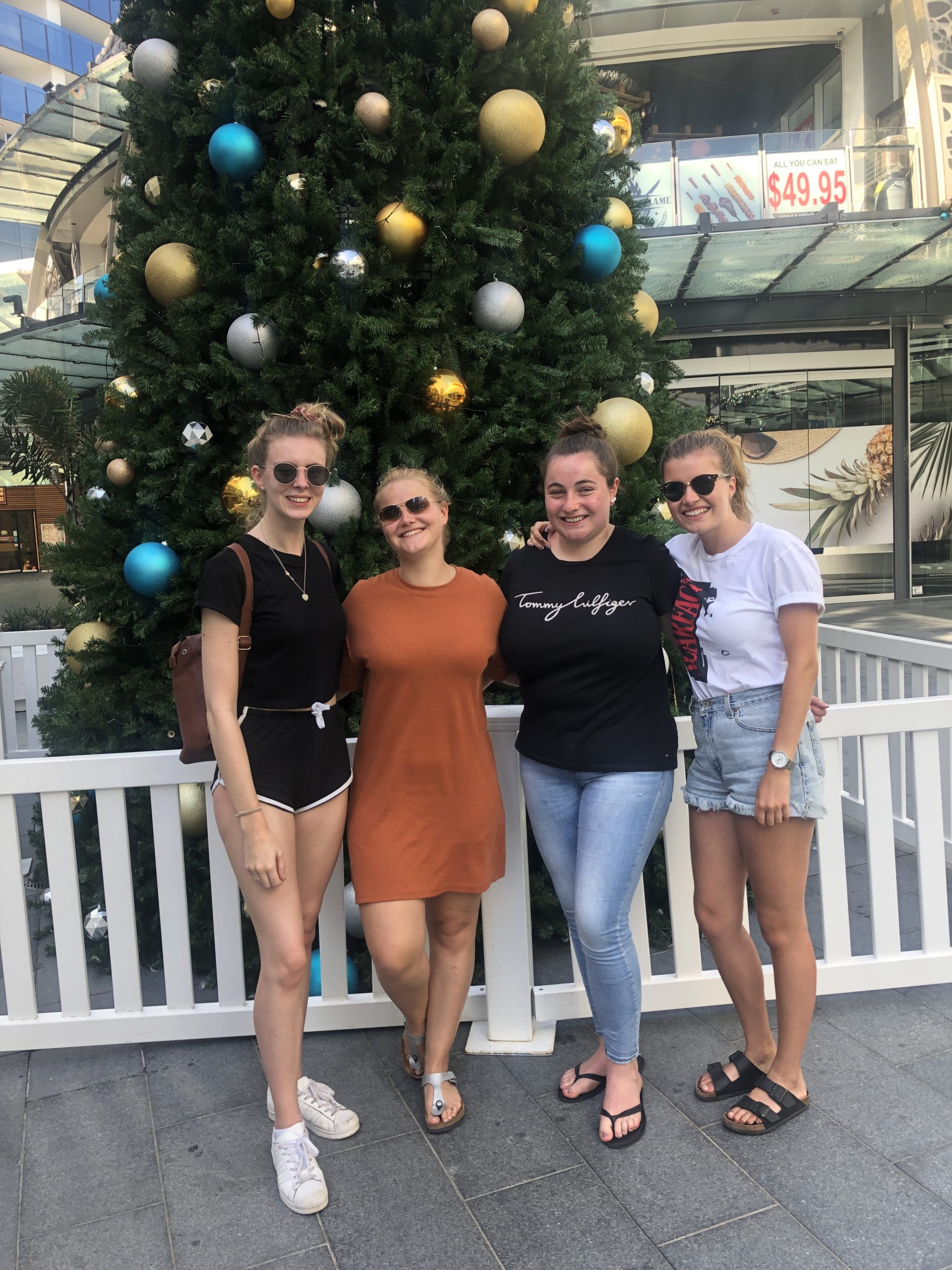 Obviously if you’re in surfers paradise you just have to go surfing! The place we went to wasn’t actually along the surfers paradise beach where all the skyscrapers are but it was only about a 10 minute drive away. We had a shuttle bus that took us to a more secluded area and caught the waves there which was the BEST experience! Don’t get me wrong it’s knackering and difficult but the guides were so helpful and I actually managed to stand up quite a few times which was fab! Luckily you can do surfing in England so I’ll defo be going down to Cornwall at some point to do it again because the feeling is incredible. 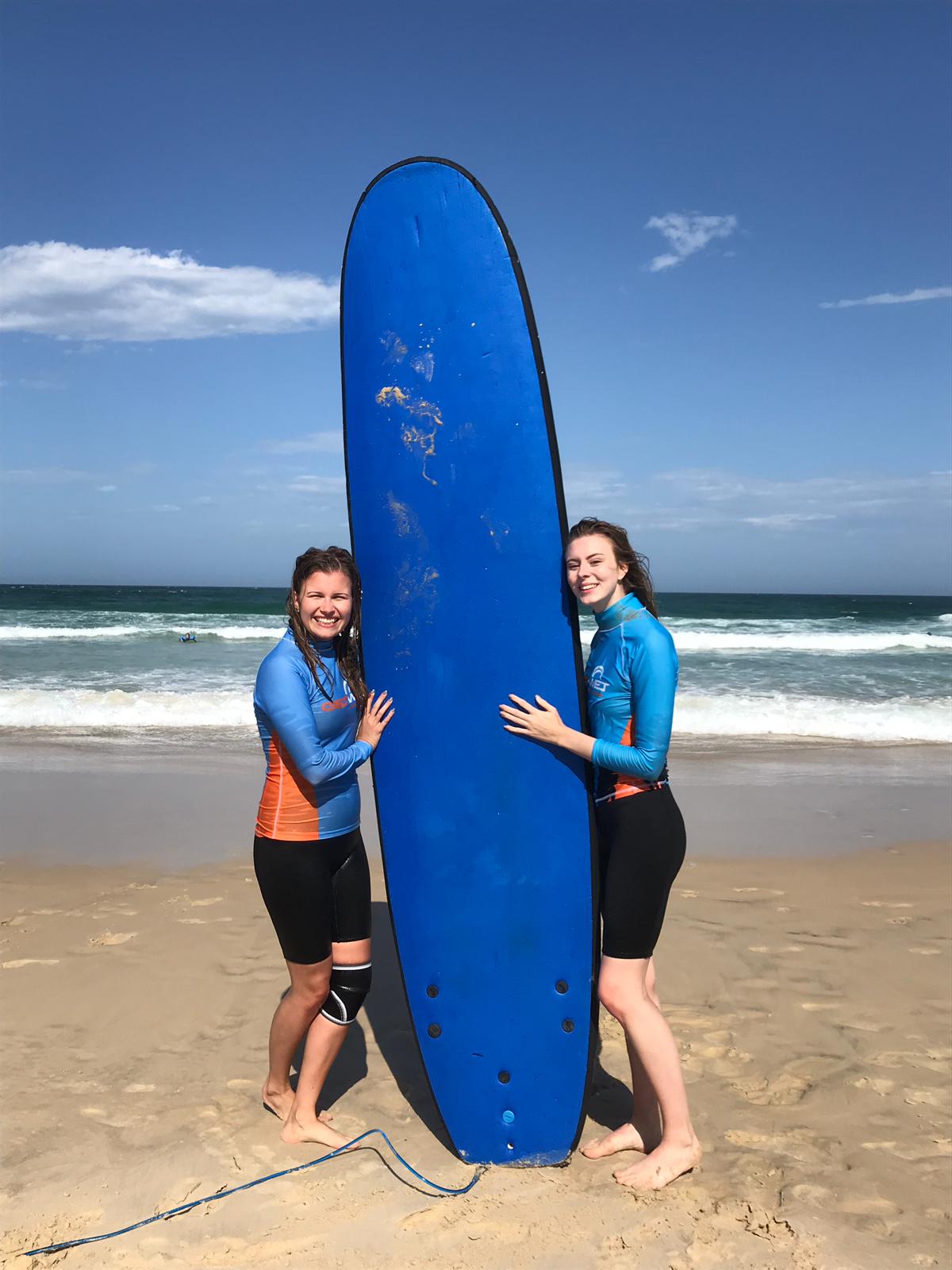 After surfing we had the rest of the day to kill and decided to have a look in the shops and eat at GRilled. If you’re looking for a good, affordable place to eat then defo head to grilled! They also do takeaway which is great. It’s delicious and quick which is great because food places can be quite expensive in Aus.

After sprucing ourselves up at our hostel (Bunked), which is literally just a few minutes walk from the centre we got ready for a night on the town. Just a quick side note on this hostel, I really enjoyed staying there as the beds give you quite a bit of privacy which is ideal if you’re a solo traveller! The rooms also have balcony’s and ours looked out over the pool area which was a luxury.

As the sun set we headed out to the markets which happen at night along the promenade. There’s a bunch of random bits that they sell including back scratchers and other bits and bobs. We didn’t buy anything but it was nice to take a wander.

The hostels give out lots of vouchers for a free drink at clubs before a certain time so we rallied up the group and made our way to test out the night life. The next day, the others said they didn’t really enjoy the club but to me it was so familiar and I had a great night! It felt like being back home. The music was banging and the drinks were quite cheap. We didn’t leave the club till the early hours, but even at that time surfers paradise felt sooo safe. It’s easy to find your way back because it’s so small and it’s just easy. Compared to somewhere like Cairns (which I’ll be writing about v soon) which scared me even in the day, I felt so comfortable in this part of Aus. It’s nice to stumble out the club and see the beach right in front of you! I actually think I preferred surfers paradise at night rather then the day. 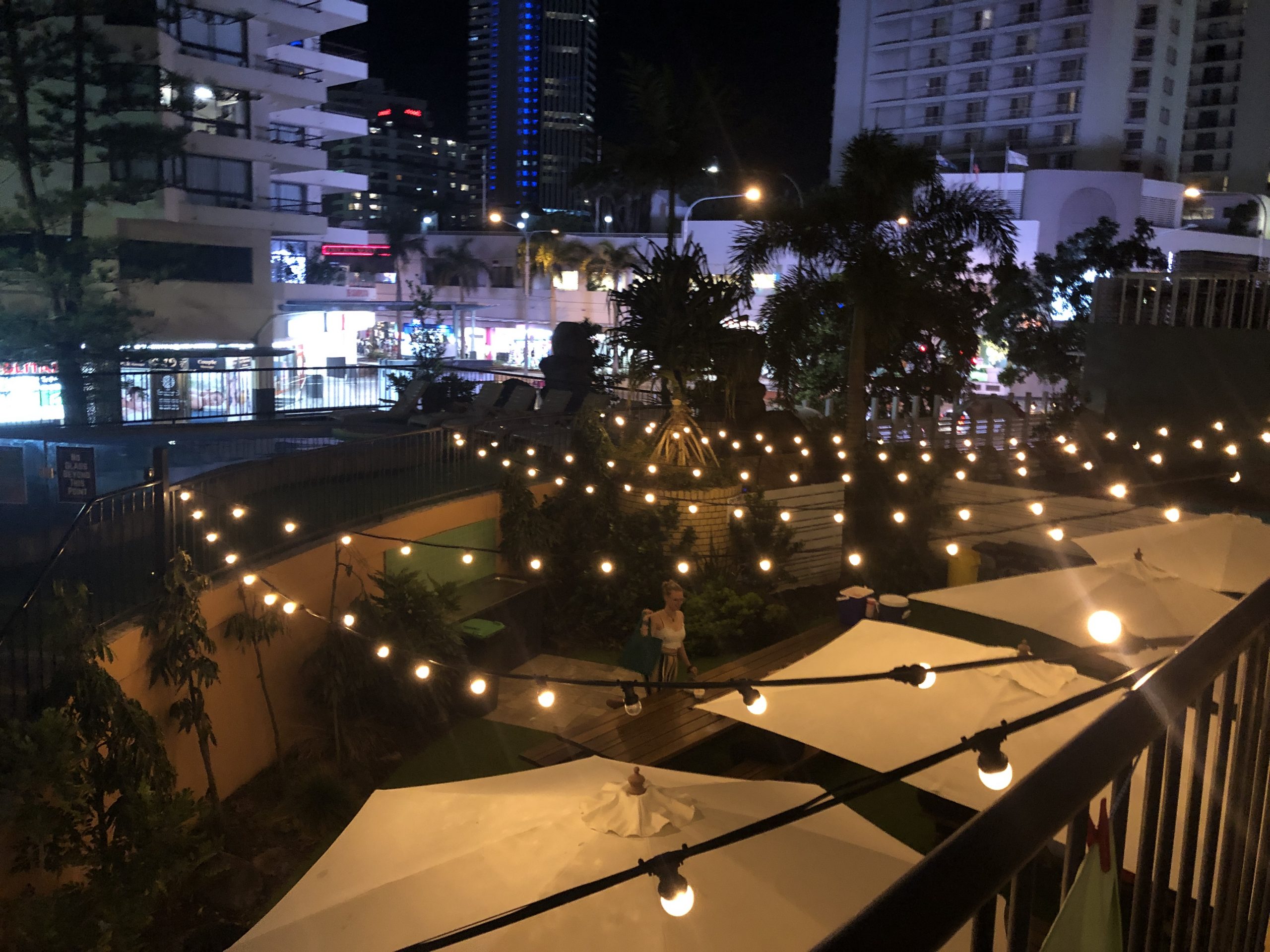 About an hours train and bus ride away is Burleigh Head National Park which is well worth a visit if you enjoy a hike. 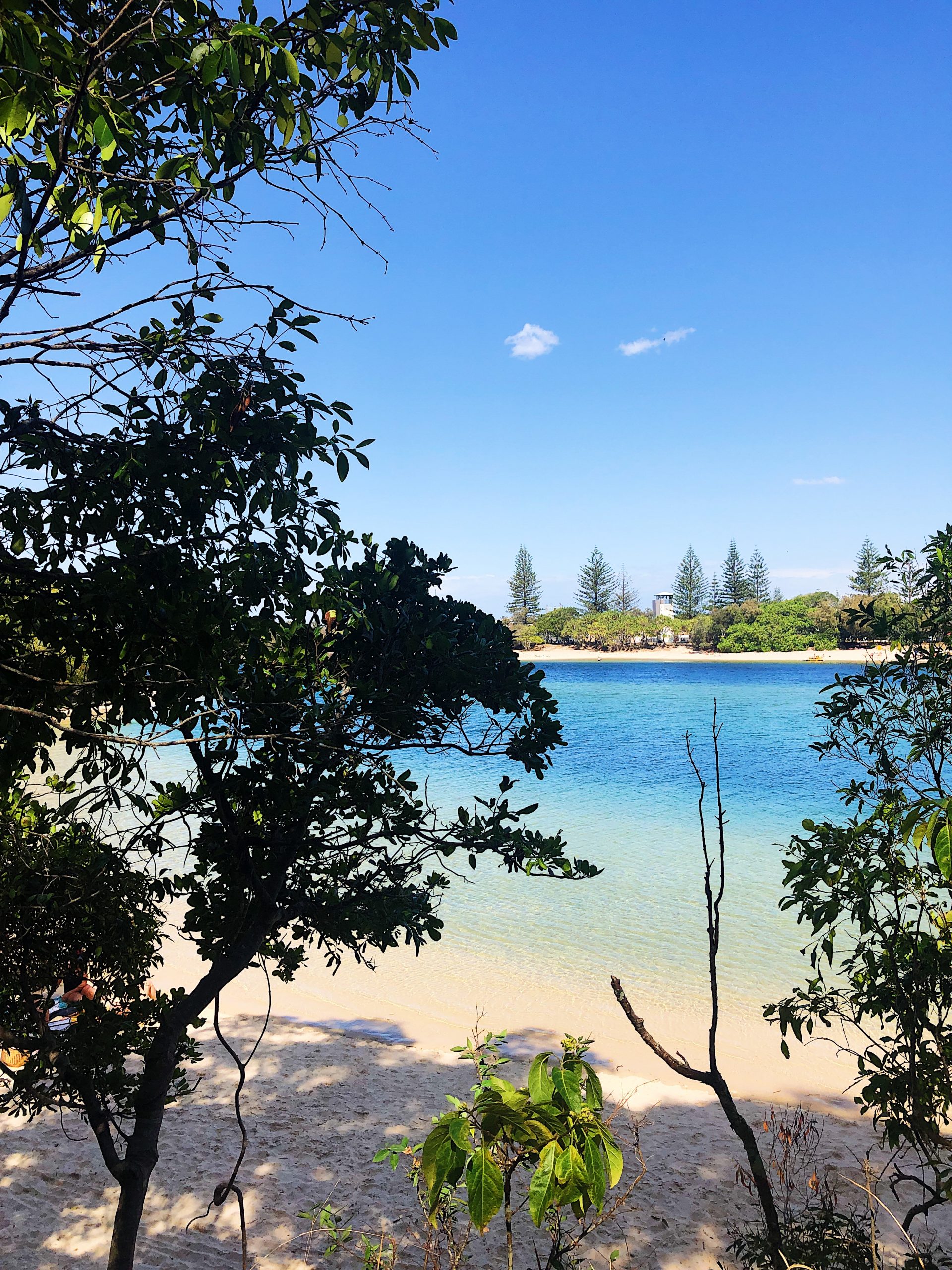 I think compared to Byron Bay, it wasn’t my favourite place. I found the beach was really crowded and it’s very shady from the skyscrapers and then the actual centre of the town is quite small. However, I still appreciate its beauty and would defo go back again at some point!

You may also enjoy: